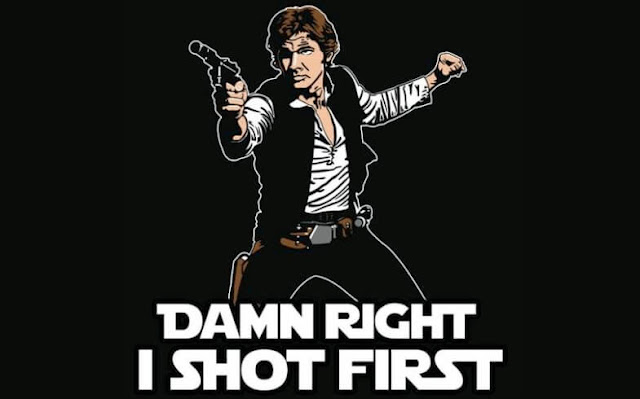 Thanks to +Tim Shorts we now have our third of three recaps of Friday Night's "B Team" session of White Star / Star Slinger. A virtual trifecta.

It was strange to watch Tim rolling well for a whole session of play ;)

Here's a piece of Tim's write up:


When we left the ship there were three men waiting for us.  A little guy who did the talking and two meatheads.  I used my Scoundrel skill of attacking before anyone else.  Chicago allowed the little talking man to finish his ultimatum before shooting him in the heart.  While the little gurgling man lay on the ground, the two meatheads raised their hands and walked off.

With a set up like that you know it was good ;)

Here's the rest of it at Gotheridge Manor.
Posted by Tenkar at 9:54 AM