Everyone has a bit of a scoundrel in them, or so it is said, but Scoundrels have found a way to make a living off of being one. A little bit charmer, a dash of thief and a large amount of luck keeps a Scoundrels pockets flush with credit and coin (because you never know what kind of currency the next world will accept.)

Scoundrels rarely name themselves as such. Pilots, traders and other innocent trades are often the mask they ply their trade under. As such, they often supplement their illicit income with more legitimate means. 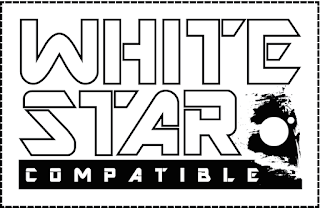 Weapons / Armor Restrictions - Scoundrels may use clubs, daggers, firearms, laser pistols, mono-daggers, mono-swords, staffs, and swords. They can wear Light Armor and may use shields.

XP Bonus for Charisma - Scoundrels with a Charisma of 13 or 14 receive a 5% Experience Bonus, and those with 15 or higher get 10%.

Underworld Contacts - Scoundrels have a contact in the underworld of every world they visit. Contacts are not friends. Business is business.

(to use with White Box: Weapons - All one handed weapons and crossbows. Armor - leather and shield)