Is That DCC on My Beer? Perhaps... 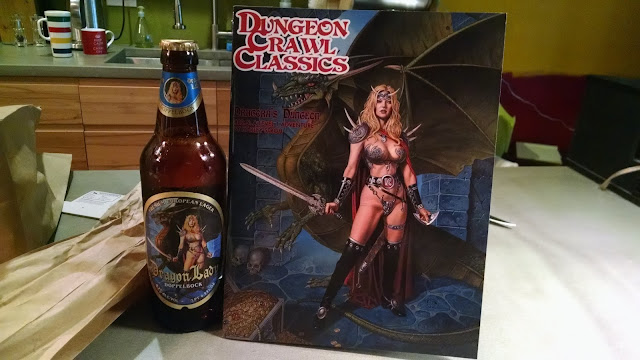 Tip of the hat to +Harley Stroh and props to +Jeff Sipko for the find and the pic.

Beer & The OSR. Those are my passions. It's rare that they intersect so perfectly, but Dragon Lady Doppelbock Beer from Rinkuskiai Brewery at first glance is that intersection. DCC RPG art on an imported doppelbock beer? I'm in heaven. Or I would be if it were a legal use of the art.

Yep, it appears Caldwell's art is being used without the artist's permission. This isn't some home brewer slapping labels on beer he's handing out to his friends. Nor is it some fan writer using a commercial RPG setting for her own stories.

Using art without a license? That's something I wouldn't expect from a company located in the EU.

Aiko is the US Importer. I wonder if they would be responsible in the US for the unlicensed use of Caldwell's art. From what I can gather, the beer released two years ago. It looks like they've already gotten decent mileage from the art. Maybe they could just cut Caldwell a check and make it all legal.

Shame that this beer / OSR intersection isn't all it seemed at first glance.
Posted by Tenkar at 8:23 PM