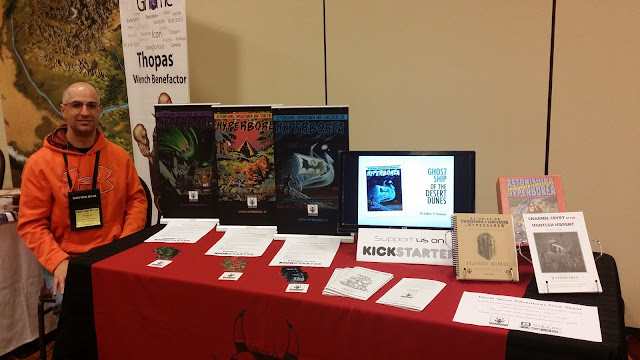 Rach and I have some friends that are fairly local to NTRPG Con, but regretfully none of us were able to sync schedules. Still, not as bad as it sounds, as we've kept ourselves busy at the con.

I finally got to send some time talking with +Jeff Talanian . He currently has a Kickstarter running for three new AS&SH adventures. It's funded with 8 days to go. If you know Jeff's work, you know these are going to be "astonishing." I know, but I couldn't help myself. 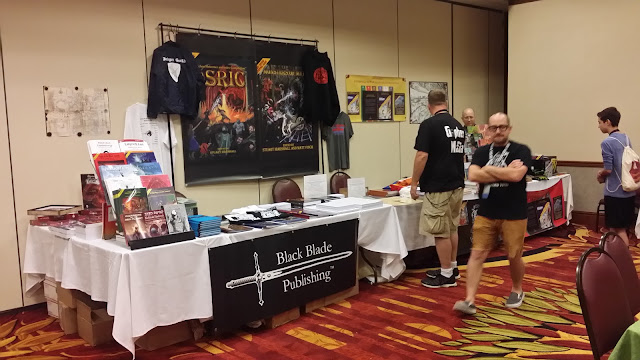 Probably most of my non-art purchases were made at the Black Blade / OSR Booth. So much good stuff, and Rach even got me a Judges Guild golf shirt. Time to mess with my bosses when I get back to work on Tuesday.

I took multiple shots of the Lesser Gnome booth but I think Thopas has cursed my phone. Each shot was killed by motion. I'll try again before tear down later this afternoon.

Yesterday kicked off with a small press / indie publishers panel. Extremely well done. Extra points of you can name the entire panel. 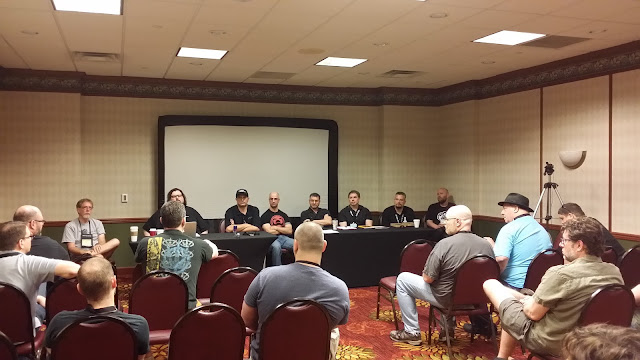