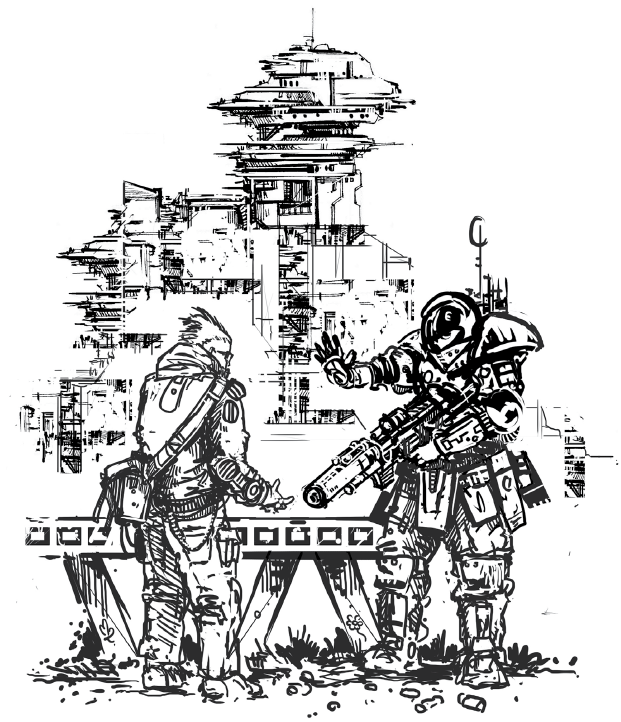 Assuming you've been reading The Tavern or any one of a dozen or so other OSR blogs, you've heard about the amazing release of White Star, the Swords &Wizardry White Box powered scifi RPG. It made Copper on RPGNow in less than 10 hours and made Silver in less than a day. As I write this it is comfortably sitting in the number one sales spot at RPGNow.

There has been lots of talk about what's next in the White Star line. By talk, I'm referring to the new found fans of the game discussing what they want to see. So I asked +James Spahn directly - "What's coming up next with White Star?" Surprisingly enough, he answered.

There are a couple of things planned out in different stages at the moment, not the least of which is a new setting book (by new, I mean separate from the setting in the core White Star book.) I've been sworn to secrecy, so I can say no more, but what James has told me has me chomping at the bit.

Folks want encounter charts / tables. The community has spoken and it shall be so. It will be one of the earlier releases.

For those that want a peek before buying in completely, James is working on a Quickstart / Fastplay edition of the White Star rules. Perfect for the GM that wants to keep some parts of the core book away from players' prying eyes during the game session.

What else? Vehicles. There are some forthcoming. All I know. I know nuthink! ;)

Discount code is still active as I post this. Grab White Star for 20% off.