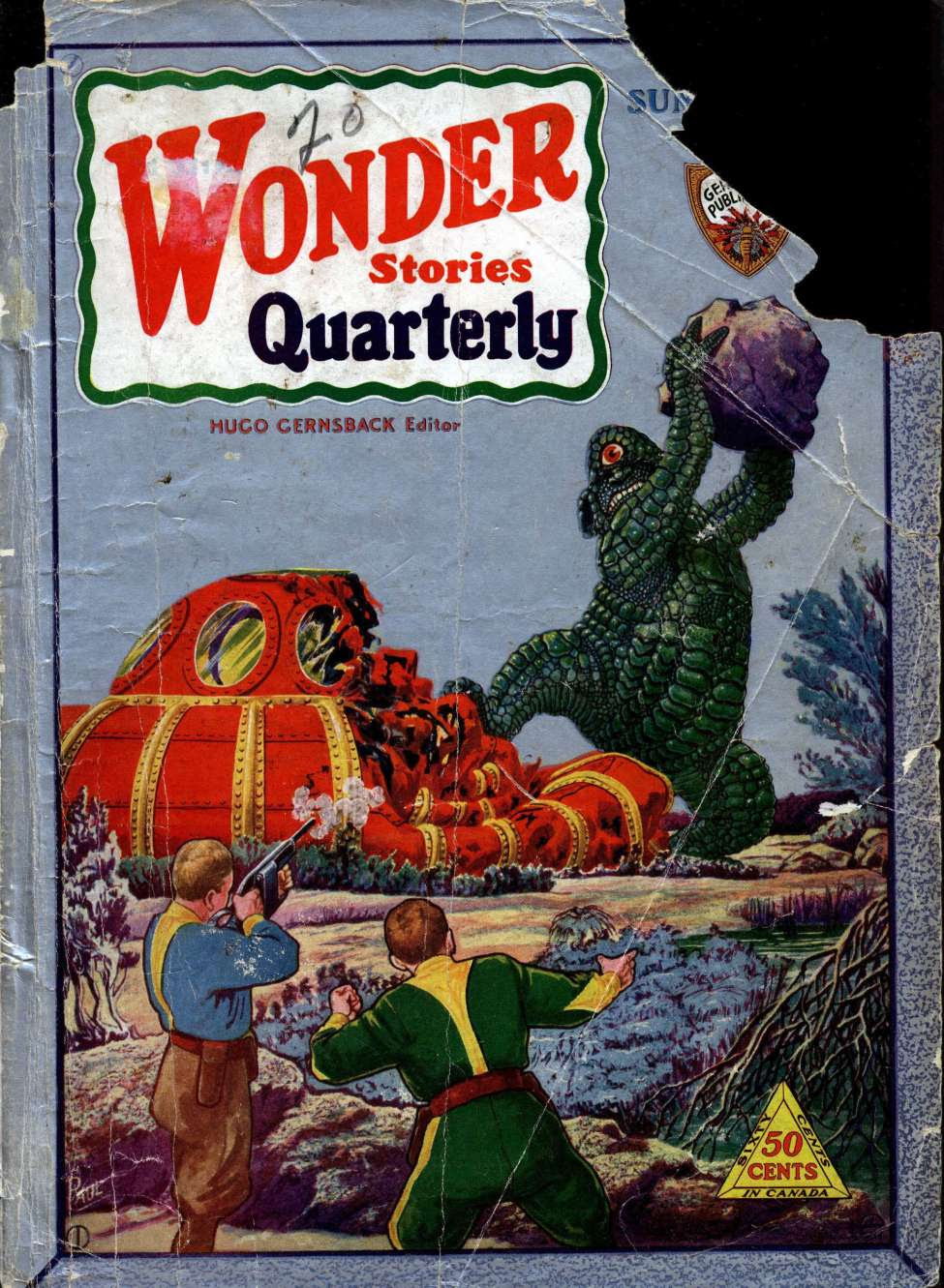 Now isn't this an inspirational cover?

Cyctiles are one eyed gigantic humanoid reptiles. They stand between 12 and 20 feet tall and are usually found as a single specimen except during mating season, when two may be found together.

Cyctiles live to destroy technology and will attack vehicles before other being if given a choice. They attack with their fists or with a held item, such as a bolder or steel beam. Cyctiles have been known to throw large object at their targets but they do not get their full to hit adjustment when doing so, as their single eye prevents them from properly judging distance.

Cyctiles have a thick, leathery skin that is highly resistant to blunt trauma. They also have an accelerated healing factor. They will rarely fight to the death as they know a simple rest will heal them fully, whereas death is permanent. Their intellect is marginally higher than that of a beast.
Posted by Tenkar at 8:47 PM