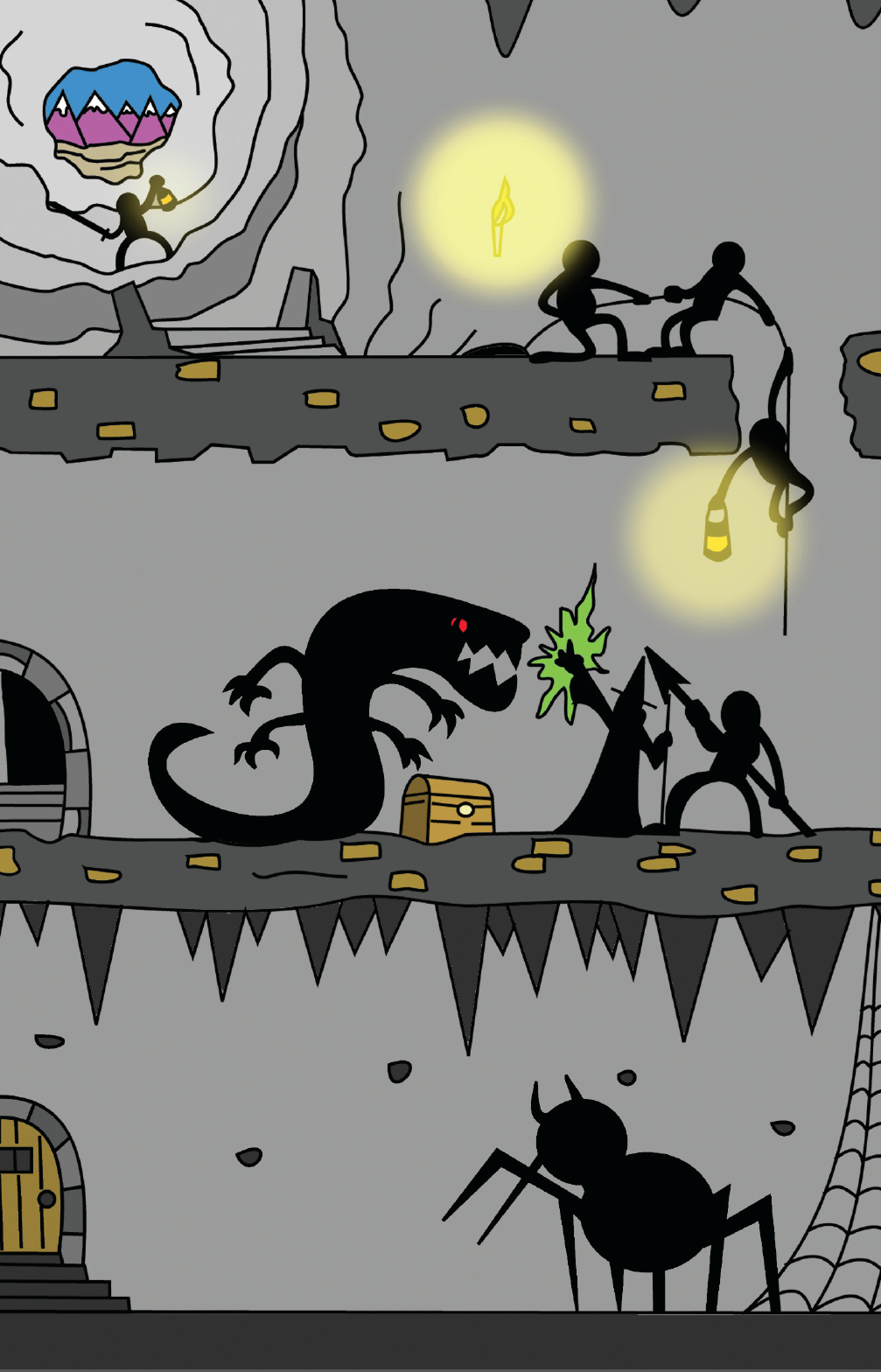 You know what part of adventures I always just skim and never read through thoroughly before running them?

Most of the time it seems to me that the backstory is the adventure writer's excuse to show their chops at writing fiction. It's usually a less than successful attempt and rarely, if ever, has direct effect on what the players will learn and encounter in the adventure.

How does Far Away Land handle backstory in the Companion Rules? 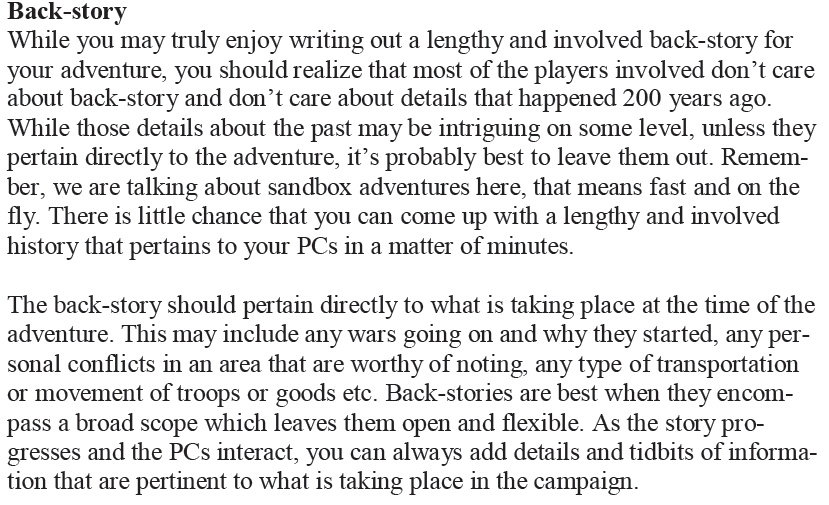 Less is more. Fast and loose. Start small and build out. Perfect.

The whole section on adventure building is actually pretty good and easily carries over to just about any RPG you'd like to cobble together an adventure for.

There is a table with 26 adventure ideas, each define by one or two words, such as "Get In, Get Out" (exception that proves the rule) or "Justice". Each of those one or two words is then given three or four example Adventure Ideas of two sentences each. Seeds to plant ideas in the GMs mind.

For "Get In, Get Out", one of the seeds are as follows:

The Settlement Builder looks like a quick and dirty way to get an idea about various villages and towns (and smaller and larger communities) and gives you enough to present to your players without bogging down in the details.

Heck, it even includes a table of 125 rumors. Nearly any one of these could be the seed to an adventure, especially if you are playing fast and loose with your sandbox.

Did I mention that the Companion Rules also cover such diverse aspects such as setting up kingdoms and mass combat? How about it's own take on Microscope, allowing the players and the GM to build their own world and it's history together.

Or just use the world provided in the next part - Tales of Awesome - which I will look at next.

Email ThisBlogThis!Share to TwitterShare to FacebookShare to Pinterest
Labels: far away land, Reviews