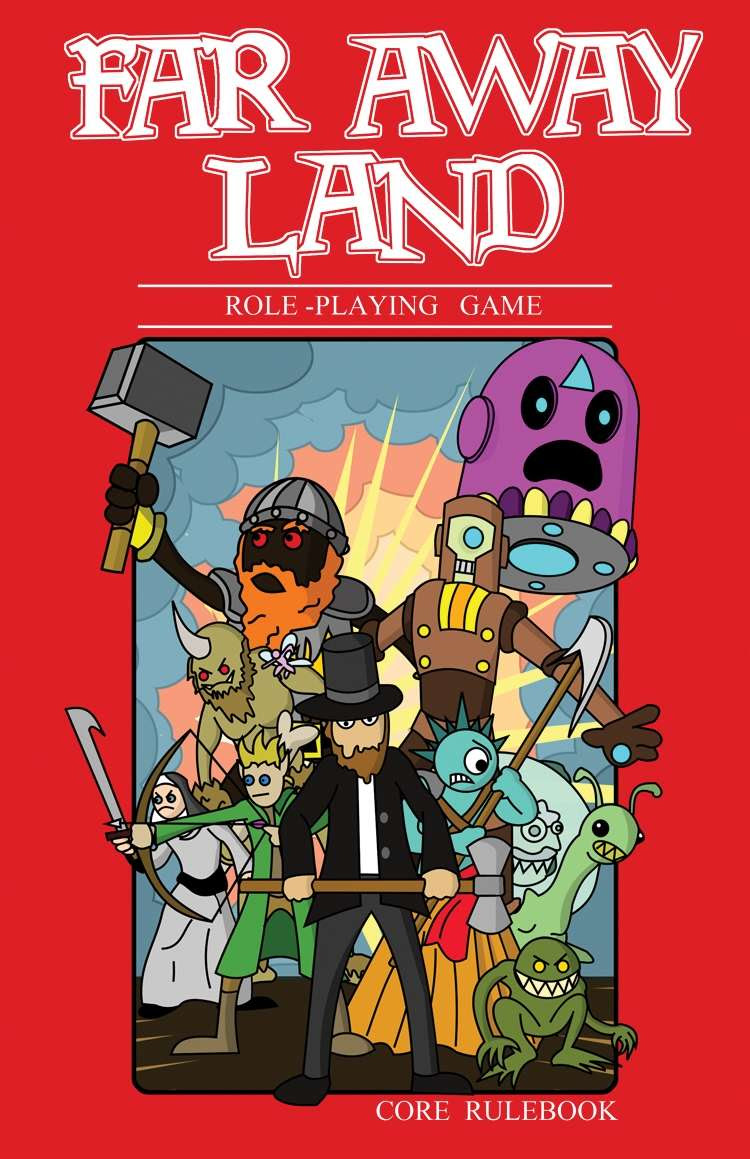 Sometimes when you check out the most recent free releases on RPGNow, you start a journey that leads you to an awesome not free release. Such is my story when it comes to Far Away Land.

You see, when I stubbled across Far Away Land RPG Adventures: Journey Into the White I was intrigued by the cover
art. It seemed old school D&Dish with quirky as hell art. As it was PWYW, I was able to peek for free. And peek i did. And it was good. Short, but good. It also seemed to be sandboxie, which I like. 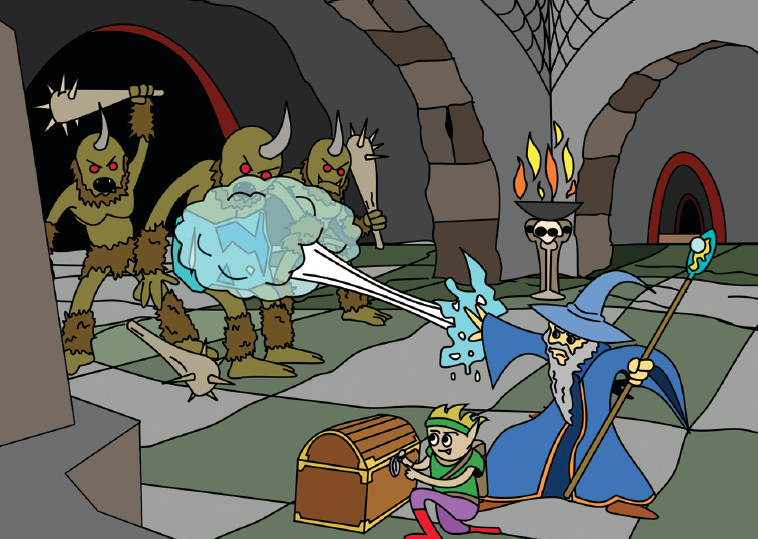 So, what is the system like? It reminds me a bit of a hybrid of Old School D&D, Tunnels & Trolls, Adventure Time and a bit of crazy. It is a D6 system where you roll a pool of dice and just keep the highest roll. Fairly simple. Pools are based on one of three Stats - BRT (Strength / Con), DEX (er, dex) and WIT (Int / Wis / Cha rolled into one) and Boons (think skills like melee for combat, arcane for spell casting, subterfuge for picking locks and dealing with traps - you get the idea) and Flaws (narrowly defined disadvantages.) Armor absorbed damage (much like T&T), there are hit points, levels and spell levels (the spell list certainly hues close to D&D.) 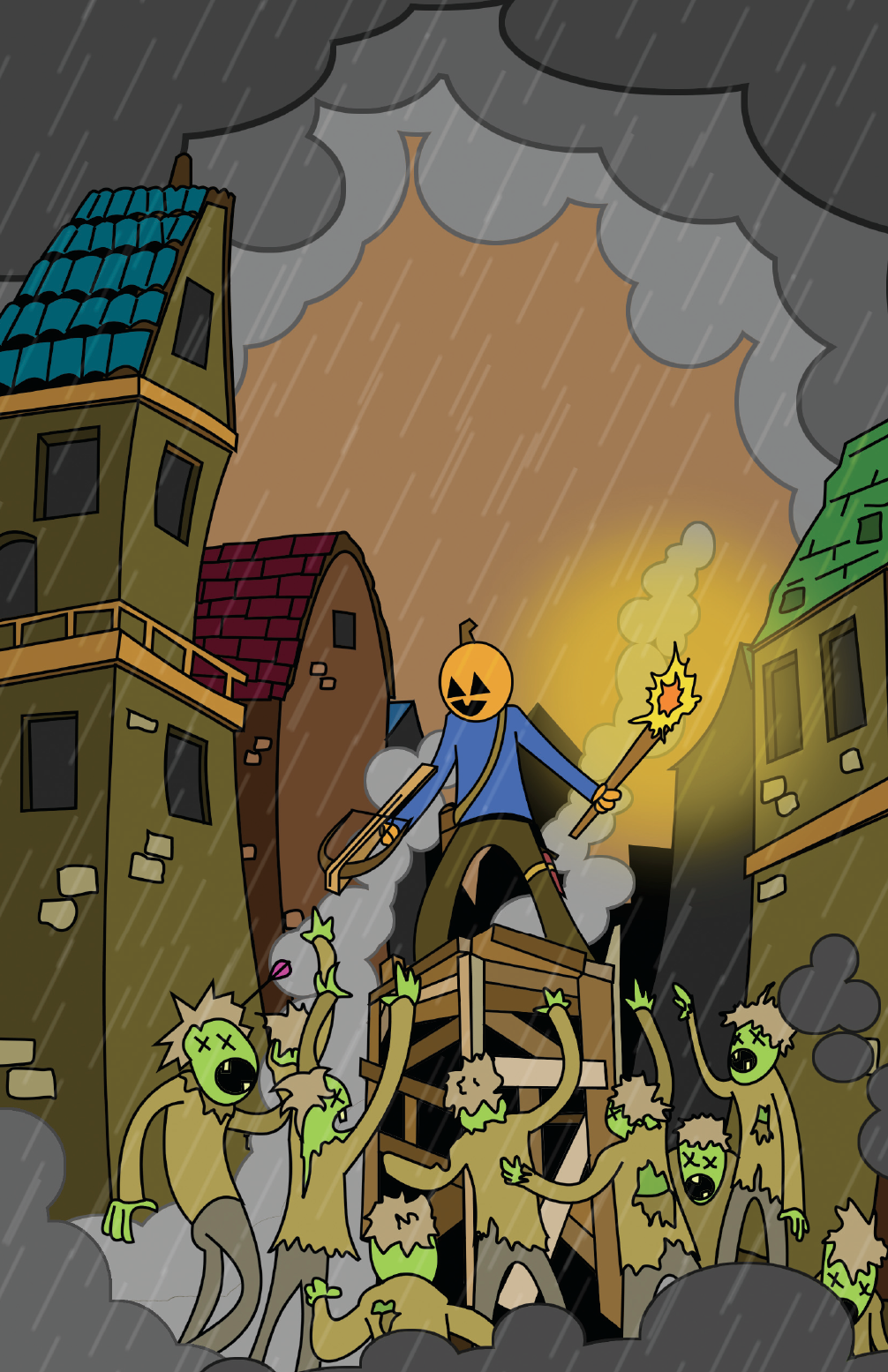 The art is simply amazing to my eyes. You'll either love it or hate it. I love it. It captures the quirkiness of the system and the setting (from the little I've read of the setting.) I've only read the actual core rules thus far - there is so much more to dig through.

The PDF looks nice on my tablet, but I'l be waiting for my print copy before digging to0 deep. Still, really enjoying whatI've read so far.

There are 4 mini adventures available for Far Away Land priced at PWYW as well as a print and play Pawn Pack. This may be one of the rare times I'll use minis while running a game via Roll20.

I'll do a follow up review once I read thru the setting material.

Email ThisBlogThis!Share to TwitterShare to FacebookShare to Pinterest
Labels: far away land, Reviews