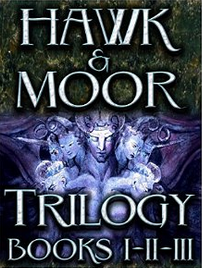 I have my BA in History (which I am sure uniquely qualified me for my career in law enforcement) and I love reading up on the history of RPGs in general and Dungeons & Dragons in particular. We are talking the history of my hobby, and finding out new bits and pieces I hadn't know prior is like opening a Christmas present early on Christmas morning when you are 8 years old. Simply magic.

Regretfully, Jon Peterson's Playing at the World is a bit to scholarly for me to read with any consistency. I always return to it, but I've been doing that for 6 months and I'm not even halfway thru it. His appearances on the Save or Die Podcast are some of their best episodes, but I can only digest Jon's writing in small doses.

Designer's & Dragons was a very informative and entertaining read the first time thru, and I'm thoroughly enjoying the expanded, four volume set that is being released on Kickstarter. I'm currently plowing my way through the second volume of that series on my Kindle app.

Last night I found Hawk & Moor on Amazon in the Kindle store. I'm not even sure how I found the series. Probably during my search for RPGs that Amazon sells at a discount with Prime shipping. In any case, I found Hawk & Moor, obviously a play on "Greyhawk" and "Blackmoor".

THE CREATION of the world’s preeminent Fantasy Role-Playing Game (FRPG), Dungeons & Dragons, is one of the most fascinating tales to be told in all the shared histories of entertainment, play and game design. Two very different men, David Lance Arneson and Ernest Gary Gygax, undertook an unprecedented collaboration which gifted us — as their shared legacy — with one of the most intriguing games the world has yet experienced. Their game did not just simulate one isolate corner of reality; it dared to encompass the entirety of all realms of adventure, the consensual playground of the human imagination.

HAWK & MOOR tells the story of Dave and Gary, and the many other people whose efforts gave first life to the game we know and love today. Arneson had spectacular ideas, but Gygax knew how to refine them. Collaboration soon turned to conflict as Arneson believed his game was being taken from him, and Gygax crystallized systems where incomprehensible riddles had stood before. Both men were creative geniuses, but the game they created from Gygax’s Chainmail (1971) was the end result not only of their teamwork, but also of their clashes and disagreements.

The HAWK & MOOR series chronicles that first legendary game to arise from the Golden Age of Fantasy Role-Playing. This is a special trilogy edition, featuring the full texts of Books One, Two and Three in a single comprehensive volume.

The tale begins with HAWK & MOOR Book One, The Dragon Rises. Herein you will find Gary’s life story, the history of Gen Con and the Castle & Crusade Society, and details concerning the conception of Castle Greyhawk. This first book also includes new revelations pertaining to Arneson’s Blackmoor and its influences; tales from the Blackmoor Dungeons and Loch Gloomen; details on Gary’s first dungeon adventure; an exploration of the links between H. P. Lovecraft, Robert E. Howard, and the earliest underworld adventures; the secrets of the asylum which inspired Castle Greyhawk; and much more.

HAWK & MOOR Book Two: The Dungeons Deep tells the tale of all that came after Blackmoor in the World of Greyhawk. Herein you will find the adventures of Robilar, Tenser, Terik, Murlynd, Lessnard, Quij, Otto, and Zagyg the Mad himself. Mysteries such as the Old Guard Kobolds, the orc hordes, the Thouls, the Black Dragon Labyrinth, the Great Stone Face, the demon lord Fraz-urb’luu, the Jeweled Man, the Nine Demigods, the Isle of the Ape, and the slide to Cathay are all explored as well.

HAWK & MOOR Book III: Lands and Worlds Afar spans the years 1973 through 1975, when TSR surged forth to conquer the wargaming industry and to spread the hobby of fantasy role-playing far and wide. A tragedy in January 1975 forced the reformation of TSR, planting the seeds which would cause E. Gary Gygax to lose control of the company in the even wilder years to come. This devastating loss was worsened by aggressive legal challenges brought forth by the estate of Edgar Rice Burroughs. Nevertheless and through it all, TSR soldiered on. This book is not just a compendium of business maneuvers, however; it is a chronicle of adventure. The dread domains of the Tomb of Horrors, Castle Greyhawk, the Temple of Elemental Evil, Dungeonland and the Temple of the Frog are all unveiled herein through the eyes of Ayelerach, Bigby, Burne, Erac, Erac’s Cousin, Jaroo, Mordenkainen, Robilar, Rufus, Tenser, Terik, Yrag and many other heroes of the Greyhawk campaign.

Together, these volumes comprise 202,300 words on over 500 pages, supported by over 1,300 footnotes and annotations.

From what I can see it is only available in Kindle format. $3.99 a volume or $9.99 for the trilogy. Free if you have the Kindle Unlimited package for $9.99 a month.

I was surprised to see that Hawk & Moor: The Steam Tunnel Incident is free for everyone in the Kindle store. Maybe I should have started with this one, as I could have gotten a feel for the author's writing style without having to lay out cash and find out the history of this infamous incident in the early years of the hobby.

I'll follow up with a review as I get deeper into the series, as I just scratched the surface last night. It does look promising.
Posted by Tenkar at 10:06 AM