The OSR for the Lapsed Gamer - The Free PDFs - Delving Deeper 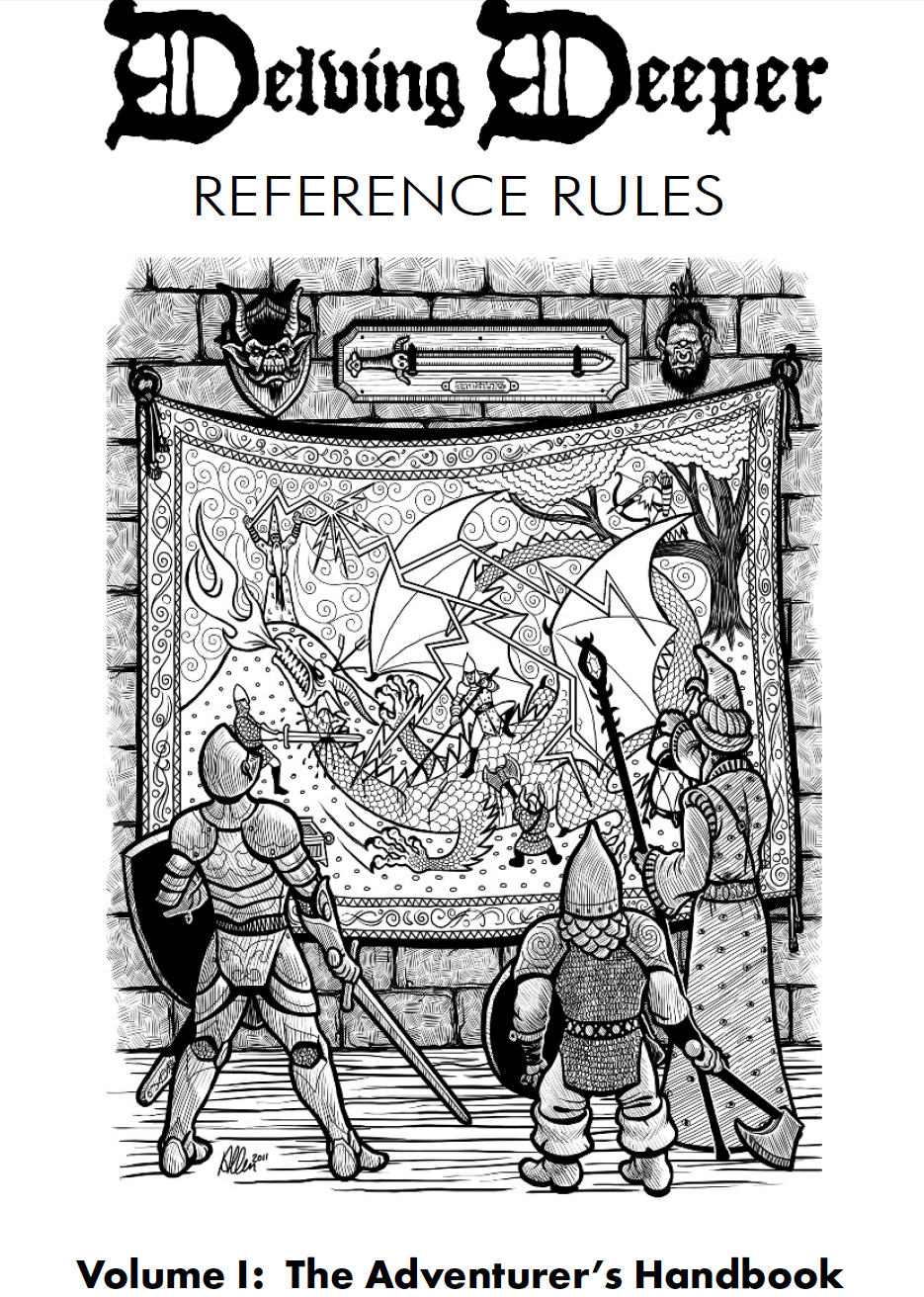 I apologize for the gap between entries in the series of posts for the OSR for the Lapsed Gamer. It has been a busy week.

This time around, we are looking at Delving Deeper, which is a reimagining of the Dungeons & Dragons White Box, with the addition of thieves - but not the thieves you have grown to know. Thieves are, however, and optional class, and you can leave them out to go purely White Box if desired.

Delving Deeper makes the claim that "there was no faithful emulation of the original 1974 edition. Until now." I'm not going to dig out my D&D White Box to verify that, but it certainly hews closer than the S&W White Box or LL OEC.

The thief is the big change. Instead of percentage chances to their skills that increase with level, they roll a D6. On a 3 or higher, they succeed. They can attempt to decipher treasure maps at 3rd level with the same chances and magic-user scrolls at 9th level. A roll of 3 the spell goes off but is reversed.

There were comments on an earlier post I made about Delving Deeper that imply that the original, fan created pre-Greyhawk thief class originally used d6s for skill resolution.

Two years after that first post, I'm very tempted to houserule the thieves in my S&W games to use the DD skill roles for their abilities. It simply makes them more relevant.

In any case, Delving Deeper is an excellent choice of rulesets if one wants a more authentic OD&D experience than the other clones offer (and easier to make heads or tails of than the originals it is based upon.) DD does not have the following of the other clones that have been mentioned thus far in this series of posts, but the price is right (free) and it certainly is a nice presentation of the rules.
Posted by Tenkar at 9:24 PM

Email ThisBlogThis!Share to TwitterShare to FacebookShare to Pinterest
Labels: delving deeper, osr for the lapsed gamer