It is hard to review a Kickstarter based on initial impressions, but we all do it. Kickstarters succeed or fail based upon their hook, and Dragonwars of Trayth - Tabletop RPG is no exception.

The latest hook is available here, at http://www.dragonwarsoftrayth.com/gauntlet%20osric.pdf 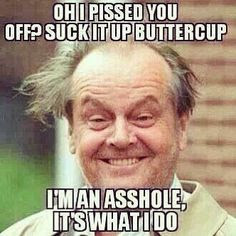 It's a single encounter of a larger adventure. There is some kind of
contest where, if you run the encounter with your gaming group and submit a video recording, you would be entered to win the first six adventures in the series in print. That is, assuming the Kickstarter even succeeds, which is far from a given at this point. You have until the 17th of October to submit your entry.

If this encounter is the best example they have to show, it's a very sad thing. Sure, its a death trap, but not a very exciting one. The way it is set up pretty much requires the use of a battle map. Now, not that I have ever played Lazer Tag, but it was pointed out to me that the map is very reminiscent of a Lazer Tag Arena.

The maps, by the way, are reminiscent of old MS-DOS RPG games and the maps and graphics you would encounter. This isnt a good thing. I can't sample how bad the world maps look, as they are only shown in the video, but you can see a sample of a dungeon map below (yes, this is a matter of taste - some may love the retroDOS look of the maps - I see it as an eyesore, especially when compared to the amount and relative quality of the art.)

Oh, before I forget - needless add ons. T-shirts, lanyards, water bottles, mugs - even messenger bags.
These have fucked up far more Kickstarter projects than they have ever helped. Not a good sign that they are so prominent.

I should also point out that, at least as far as I can tell, Dragonwars of Trayth - Tabletop RPG is NOT an actual RPG, but a setting and series of adventures. It is not a self contained ruleset and you'll need either Pathfinder or OSRIC (or some other OSR / D&D clone ruleset) to use it.

edit: I've been blogging for over 5 years and NO ONE even threatened me with a lawsuit (although a few might have offered to meet me in a dark alley.)

here it is folks - the first, the only, threatening to sue you for things I can't but fuck it, let me send it as a private message on G+ anyway: 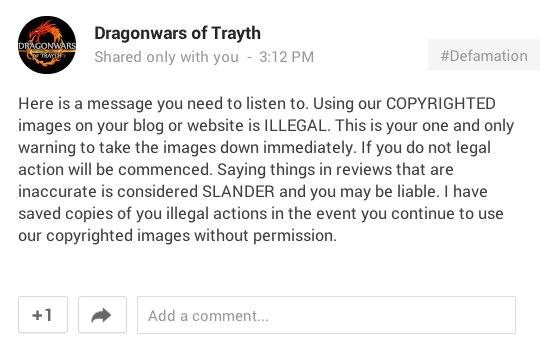