Scarlet Heroes QuickStart is Released for Free - Time to Get Your Significant Other Corrupted! 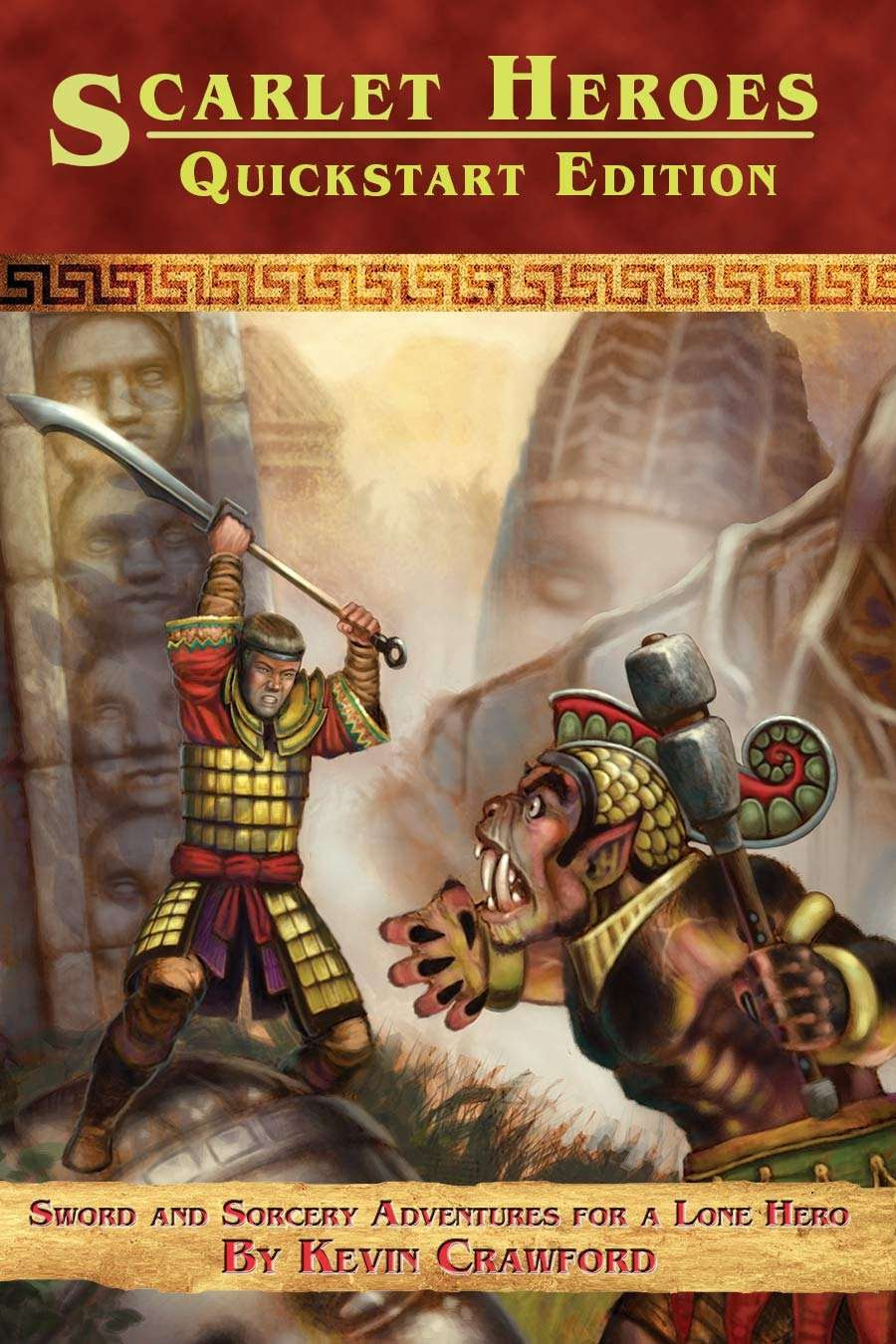 Grab them. Read them. Run them.

I'm going to try and run a session for my wife two weekends hence. I'll be sure to post a play report (waiting on the printed cop as my wife prefers print over PDF).

Scarlet Heroes is an old-school tabletop role-playing game designed to provide classic sword and sorcery gaming for one player and one gamemaster. Scarlet Heroes is built to support one-on-one play, with no need for a full-fledged party of adventurers to provide an evening's entertainment. Whether for a spouse, kid, curious friend, or just as an alternative to boardgames for those nights when only one or two friends can make it to the gaming session, Scarlet Heroes gives you the tools for good old-fashioned skull-cracking adventure.

And now with the Scarlet Heroes Quickstart you can have a taste of those possibilities, all wrapped up in a crisp 32-page digest-sized booklet. Have a friend interested in the game? Hand them the DRM-free PDF, or pass them a copy of the eminently affordable print booklet. It's everything they'll need to brew up a hero ready to take on classic modules and new home-brewed adventures that might otherwise require a full party of novice adventurers.

The Scarlet Heroes Quickstart has everything you need to get going with an evening's adventure.

Stand-alone game systems to allow for lone adventurers, including mechanics compatible with most old-school modules and classic adventures.

Monstrous foes suitable for the challenging of even these fearsome warriors.
Treasures fit for whetting the avarice of the daring.

So seize this new weapon for your armory of game mastering artifice. The full rules await for those who find worth in its pages, with a legion of new tools, tags, and techniques for delivering the kind of sword & sorcery adventure you want!