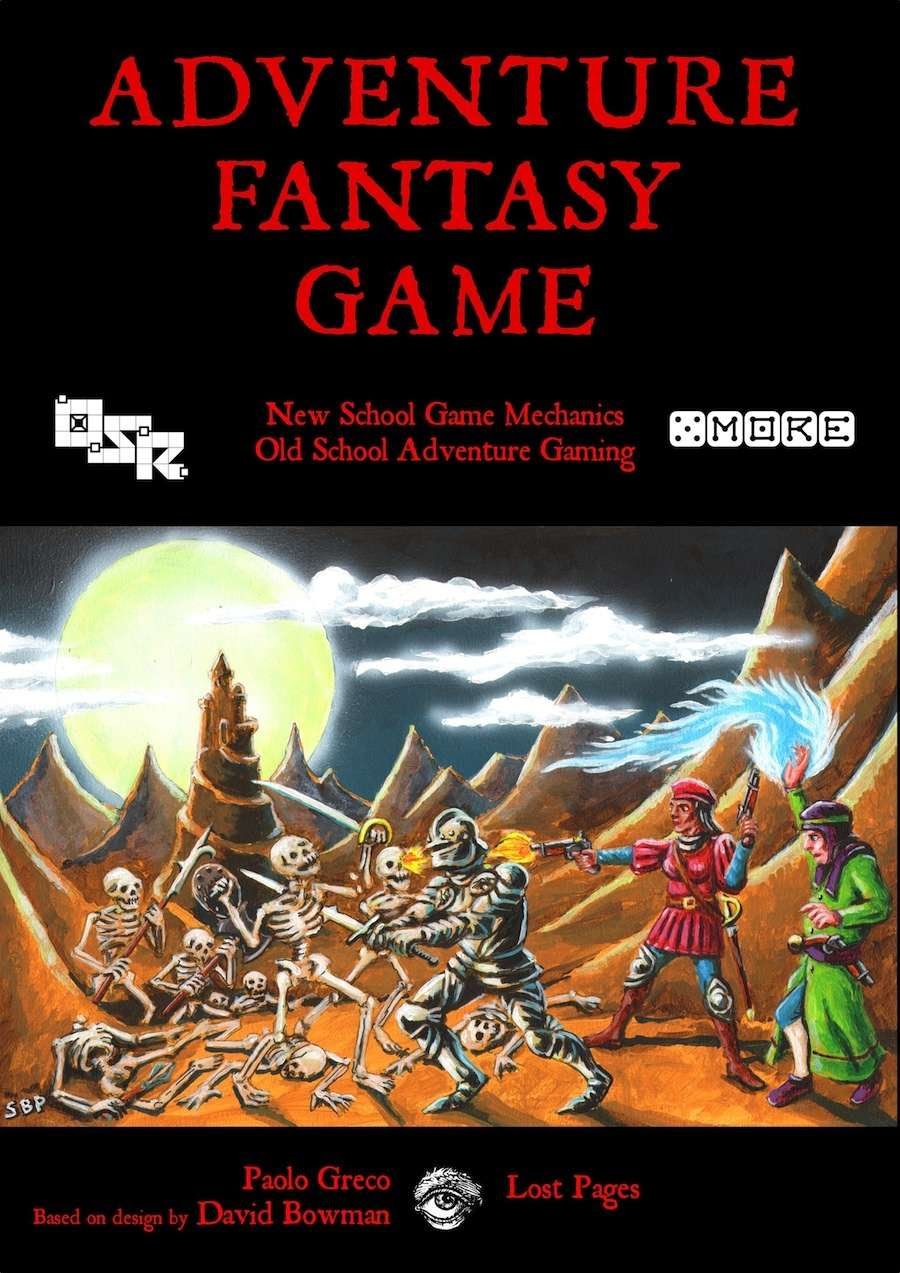 Every so often, someone attempts to capture the "old school" flavor of the OSR and package it with new mechanics. Success, I think, lies greatly in the manner in which those mechanics are used.

The Adventure Fantasy Game, henceforth to be referred to as AFG, is the latest to make such an attempt. Does it succeed? For me, yes, but then again, I'm comfortable with the idea of putting away all other dice but the venerable D6. Tunnels & Trolls is my go to system that is not directly built on D&D (but is greatly influenced by D&D). The influence of D&D on AFG is just as obvious.

There are three stats: Physique, Craft and Spirit. They are rolled using 3d6, and high scores (13+) and low scores (8-) will give bonuses and penalties in different circumstances.

Casting is a bit Vancian in nature, as a spell that is cast cannot be cast again until the following dawn. Actually, I could hone in on the classes right now, but I'd rather look at hits (or hit points for the rest of us).

Hit points are rolled with a D6 (fighters get to add a +2 to the roll. At first level, 2 dice are rolled and the best roll is kept, which i think is a fine compromise between roll once or give max at first level.

At 2nd level, 2 dice are rolled (+2 per die for fighters). If the new roll exceeds the previous total, you keep the new roll. If it doesn't, you add 1 to your old total. Repeat at 3rd level with 3 dice and so on. It goes a long way to ensure that hits will be around average in the long run, without extreme lows or highs due to chance. I like this, and may port it over to my S&W campaign - but it's sure to not be loved by the ranger who has rolled damn near max with each die - heh.

The resolution system is referred to as 5MORE. Basically in a nut shell, roll 5 or more on a single D6 (with adjustments) to succeed. Truly hard to succeed attempts will need more than one successful roll to achieve. There is a lot more to that simple system than what I just wrote in the previous sentence, but that will have to wait to the next part of the review, which will also delve into EXPERT and MASTER task rankings, combat, wounds and if I can squeeze it in - Cthulhu, the Tentacled Ur-Dragon and the rest of the gods.