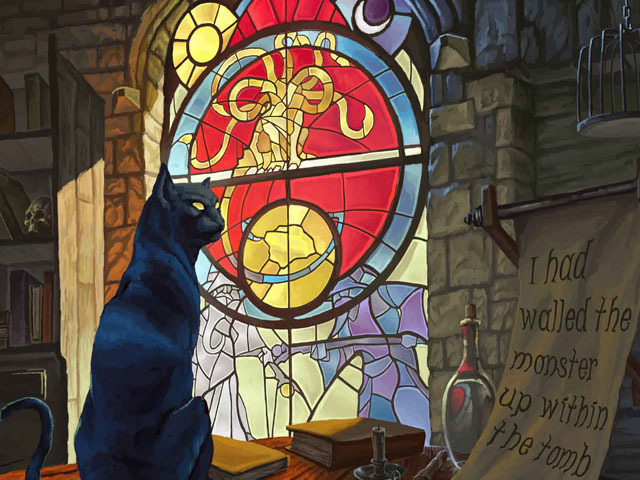 I'm trying out a new series of posts when it comes to Kickstarters. "Invoking Valhalla" is the label I will be using for the projects that are currently live and that I am supporting. Obviously, some may be more worthy than others, and some that I consider worthy, you may not. Ah well, such is life.

I'll also take my stab at how well I expect the Kickstarter to produce if it funds - this is a average of effective communication / ability to produce / how effective the guesstimate to publish is. Average is 2 Tankards. Highest score possible is 4

First up is my first ever "Tavern Pick": Guidebook to the City of Dolmvay - the goal is to produce an "open" city sourcebook that other publishers can reference and use. Kind of a universal city that publishers can plop into their own campaign worlds (obviously GMs can do the same). Written for the LL system (as are the rest of the Small Niche Games releases) it should be suitable for all OSR systems. Personally, I'm currently in at $50, which means Tenkar the Dwarven Bartender will be making an appearance. Funding goal of $500 was hit in $24 hrs and 1st stretch goal of $1,000 was hit on the second day. This one should have legs ;)   4 Tankards - on time or nearly so.

Next we have Adventures in the East Mark - The Red Box. This is an ambitious English translation of the Spanish game "Aventuras en La Marca de Este", a retroclone released in a series of boxed sets. I'm currently in at $30, which is extremely affordable for a boxed RPG with some amazing high quality art - and I'm considering upping to $60 to get the set in full color. Decisions, decisions. My one fear - their math is off and they can't produce at the prices they are betting on. Halfway to funding with half it's funding time left.  2 1/2 Tankards - Ambitious pricing, but the art cost is minimal as it is recycled from the original edition. Still, boxed sets aren't POD, so there are additional logistics involved.

Three Days Until Retirement: A Game About Cops On The Edge is something I find interesting mostly because of my real life profession. My wife is actually pretty psyched about using it as her introduction to roleplaying. Game is written and funding is for art and professional printing. In for $25 at my wife's request ;) Has hit it's funding.  2 Tankards - First project and an ambitious February 2014 shipping date.

The Lost Lands: Sword of Air Pathfinder & Swords & Wizardry by Frog God Games. The Frog's stuff is never cheap but always looks amazing. When they hit 400 backers (360 as I type this) Swords & Wizardry Complete goes free for everyone in PDF. This is a a full art version of S&W Complete. As for the setting book itself, I'm interested in seeing an old school setting from the Frogs. In at $110 for the S&W version. This has funded and you are pretty much guaranteed this will be published. 3 Tankards, as you are also pretty much guaranteed that it will ship late  ;)