Some Thoughts on the Latest LotFP Release - F@ck For Satan 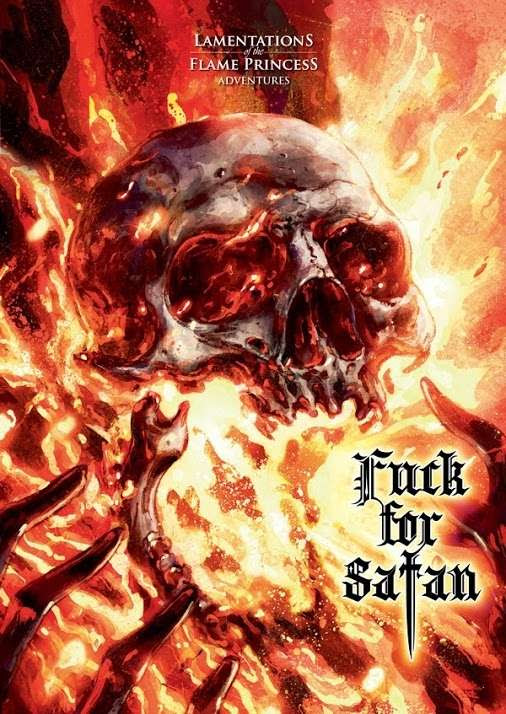 This is not a review. The review will be forthcoming in the next few days. This post is just some thoughts and observations on Raggi's latest LotFP release.

First, the name. Even James states that it's named Fuck For Satan to get noticed:

As I write this I’m still unsure whether or not I’m actually going to call this thing Fuck For Satan. It would be unnecessarily divisive and provocative, especially for an adventure that’s essentially a farce... that by putting something so patently tasteless right on the cover they can avoid spending money on a product they won’t like anyway. Plus they’ll do it loud enough that they will entertain us all with their outrage that a role-playing game scenario is not to their tastes and help me with a little publicity to boot.

There was a time when James sold adventures based on quality, not drummed up controversy. The Grinding Gear, Tower of the Stargazer, Death Frost Doom - these all became popular based on the quality of the adventure, not some innuendo or attempt at shocking the gaming public.

Now, I know that James sells on his own webstore as well as RPGNow, but I find it striking that Fuck For Satan has fallen to 13 place on RPGNow after a week of release on the Hottest Selling List, whereas Ambition & Avarice, a new OSR RPG from a relatively unknown publisher (compared to LotFP) is at a solid 7 after nearly 3 weeks.

Why is that? Quality outshines shock nearly every time. Shock can also obscure quality. I haven't fully read FfS yet, but I suspect the walking penis will make this adventure just a notch less quality then I had hoped.

I guess if I want to read quality over shock from James these days, I'll have to read his older stuff - until he re-skins them with more "shocking" titles.
Posted by Tenkar at 1:19 PM