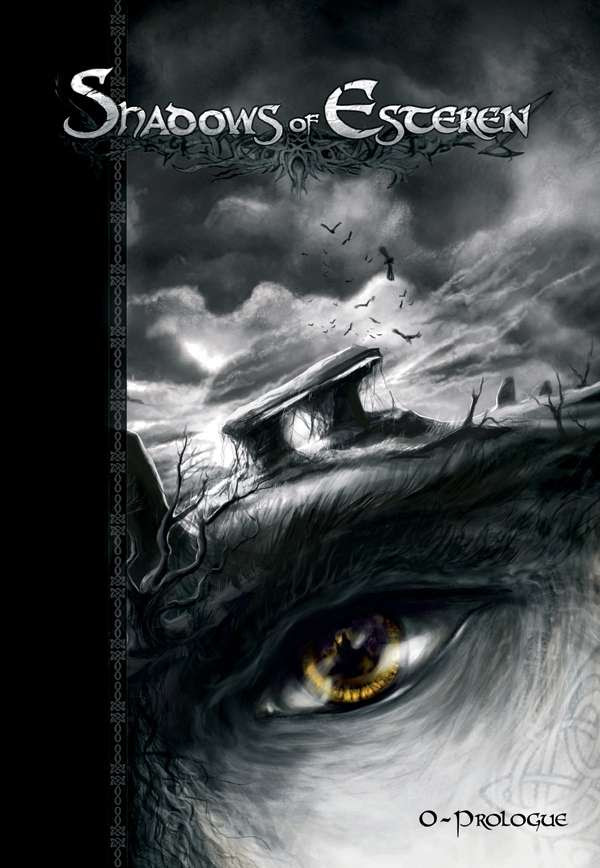 Why over multiple sessions? This 80 page free prologue includes game system, setting and three adventures for the price of FREE. Hard to beat that.

It's an excellent way to find out of the game meets your (and your gaming group's) needs and expectation with little investment other than the time to read it and perhaps play it. At first glance the system seems simple enough at it's core.

Production qualities are second to none. If you like high quality artwork in your RPG, you've found a winner here. If I use this for nothing else, I'll be screen capping much of the artwork for use in my Roll20 sessions. It's just too good not to find a use for.

Shadows of Esteren is a medieval role-playing game with horrific and Gothic overtones. Drawing inspiration from Celtic myths, this universe has a discreetly fantastic side under a bleak, realistic surface. This world is populated by humans who have to cope with a harsh daily life and supernatural threats lurking in the dark. Focused on investigation and survival scenarios, Shadows of Esteren is a game in which the atmosphere and the interactions among the players are paramount.

Prologue will be your first journey into the universe of Shadows of Esteren’s role-playing game, and will prepare you for the first episode of the official campaign.
You will find:

. An Introduction to the Universe. Familiarize yourself with the main concepts of the game, as well as with a general presentation of the universe.

. A Summary of the Game System. All the necessary elements to grasp Shadows of Esteren’s system and play your first scenarios.

. Three Scenarios. The triptych “Omens” offers three scenarios, which are very different, and yet linked by a single red thread. They are meant for players and leaders of all levels.

. Poison: An ideal scenario to discover Esteren and take your first steps in role-playing. The village of Melwan is threatened by a poisoning. Will you be able to discover its source and how to stop it?

. Loch Varn: Dive into the confines of nightmare in an elaborate scenario with original narrative concepts and discover the secrets of Loch Varn’s vale.

. Red Fall: A dead man and a missing woman. Lead an investigation in Dearg and experience an initial overview of the vale in which the first episode of the official campaign will be set.