What Was / Is Your Favorite RPG From Your Perspective as a Player? 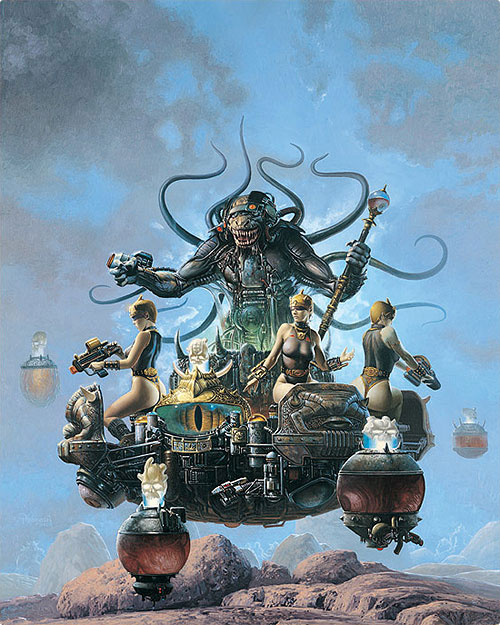 Truth to tell, I never got to play much (A)D&D. I ran it a lot, but rarely got to play it after my initial introduction to it. DM was my primary role.

I did get to play other RPGs as a player, mostly Rifts and Battlelords of the 23rd Century. Dave was our primary non-D&D GM, and these were his games of choice.

Of the two, Rifts was the game I had the most fun with as a player. I had little concern with play balance amongst the different occupations (or lack there off) and my first and favorite character was a Crazy. Needless to say, he died a good death. A crazy death, but a good death ;)

So, what was / is your favorite RPG from a player's perspective (which can differ from your GM's perspective)?
Posted by Tenkar at 10:20 PM