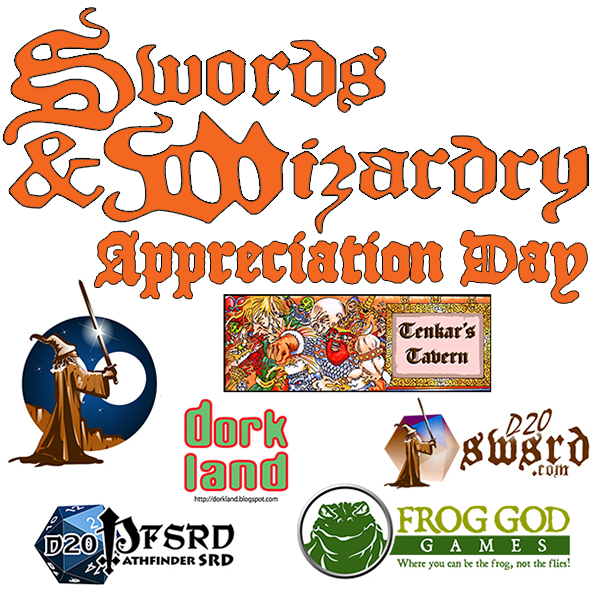 There's a couple of Swords & Wizardry Appreciation Day graphics that are in the works / teaks stage. I happen to think this one is pretty cool.

So, mere minutes ago we hit 101 blogs that have signed up to participate in the Swords & Wizardry Appreciation Day on April 17th.

You, each and every one of you have humbled me. I never dreamed of hitting 100, and we've already passed it. The fine folks at Frog God Games and at D20swsrd.com have some "things" up their sleeves to make the day really nice. More on that when we lock it down to specifics.

+Tim Shorts of the Gothridge Manor blog is going to chip in 5 copies of his zine, The Manor, to 5 folks of his choice on S&W Appreciation Day. Those that are chosen get to choose the issue they would like in PDF.

It's getting to the point that I really need to update the list of the various items in the "gift basket" form all the various sources.

I think there's some more gifts to be announced tonight ;)

2 - Secrets of the Shadowend