Most of Us Have a "Favored Class" - What is Yours? 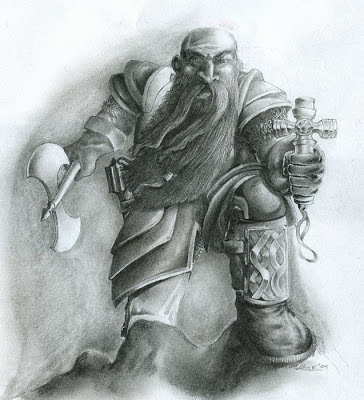 Back in my early days of playing, when a fighter (or any of the subclasses) had less than 18/51 Strength, it wasn't considered viable. Yep, for my first few years of teenage gaming, that's how we saw things.  I played mostly fighter classes initially, but then branched out to the alternate Bard from Dragon #56 and the Illusionist class after it got buffed by the Unearthed Arcana.

Upon my return to gaming, I found myself playing Clerics, both in Castles & Crusades and the D&D Next Playtest. Needless to say, I played them as very martial minded clerics.

In truth though, my preferred class is probably DM ;)

Do you have a favored class or class type in D&D styled games?
Posted by Tenkar at 7:37 AM