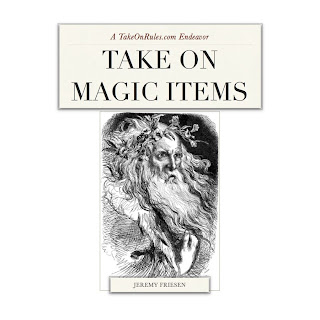 I'm going to sum up my take on Apocalypse World, which I've stated many times in the past. It's the best playing poorly written set of game rules I've ever tried to read.

The system is aces, but it is presented with such obnoxious fake attitude, useless vileness and utterly confusing rules presentation that it really turned me off. Thank God there are other games out there to riff off the system and can leave the poor presentation behind (yes, I know some folks LOVE how AW is presented. I'm happy for you. I'd rate the rules a 9.5 and the presentation a 1, both on a scale of 1-10. I wouldn't line my birdcage with the the AW rulebook unless I was looking to improve the presentation).

Which brings us to Dungeon World, an RPG that riffs off of AW and Old School RPGs. I'm an actual supporter of the Dungeon World Kickstarter. Not what you would expect from someone that threw his AW book across the room in frustration when I first (and last) tried to read it. The folks behind DW know how to present rules. User friendly rules.

Heck, Dungeon World isn't even officially released yet and supplements are trickling out for it (thanks to it being released under a Creative Commons License). Today I'm looking at Take on Magic Items.

Take on Magic Items is a collection of magic goodies for use in a Dungeon World campaign. They are well written and nicely presented, and I remember enough from the few sessions of AW that I did play (under great GM who understood my frustration with the AW rules as written) to make sense of the mechanics with ease.

The strange thing is, as I was reading them, I was also instinctively translating them into OSR items in my head. They literally convert that easily. Some need no conversion at all. The following example is one of my favorites (as I have a player that would LOVE this item) and it requires no conversion whatsoever for D&D/ OSR, Savage Worlds, RQ/Legends, Rolemaster/HARP, etc:

This simple silver amulet is of seemingly
shoddy craftsmanship, yet never requires
repairs.

When you are wearing the Miser’s Amulet
and you give someone one or more coins, a
few minutes later one of those coins reappears
in a coin pouch on your person.

When a coin reappears in your coin pouch,
the amulet grows cold and slowly warms
over the next few minutes.

If you have a Miser’s amulet you probably
should have a coin pouch.


It's an awesome item that has the potential of bring forth endless roleplay possibilities. Great bit of atmosphere it conjures up too. There are 23 other items in Take on Magic Items of similar quality and atmosphere. Well done!