Looking At the "Latest Rule-of-Three" Re: D&D 5E 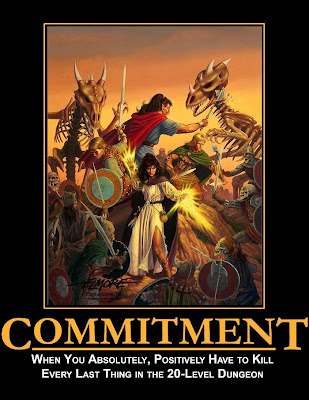 This can be found in it's original form here.
Another awesome 4E innovation—minions (I most certainly wouldn't refer to "minions" as an awesome 4e innovation). How are these one hit wonders influencing monster design for the next iteration of D&D?
One of the things we're exploring in the game is what we refer to as a bounded accuracy system. Effectively, we're looking into whether or not we can strip out the assumption of accuracy and defense scaling by level, and let progression rest largely within the scaling damage, hit points, and capabilities of both characters and monsters. (Basically, so long as THACO isn't increasing, you don't need the magical christmas tree of wondrous items to balance it out)

When you have this, any monster whose hit points are less than the damage you deal is, effectively, a minion (yeah, I guess so.  So, for all intents and purposes, kobolds have been minions from the start of the game). Thus, we might not need a specific minion rule, because we would simply design monsters with hit points that rest below average damage for certain levels and let that take care of it (in other words, we do want monsters in the game that do what minions do for us). (what is it exactly that minions do do? or is that doodoo?  ) At the same time, since as the player characters gain levels their damage numbers are going up, monsters that previously were not "minions" become "minions" by virtue of player damage outstripping their hit points (okay, but not to all characters in the group at the same time, as i assume fighters will do more combat damage that clerics... or is that a bad assumption?). Since AC and attack bonuses aren't automatically scaling up, the orc that you fight at 1st level that took three hits to kill may only take 1 hit to kill at 6th level, making it a "minion" for heroes of that level.  (so he's just as hard to hit, but more likely to kill with one blow.  and where is this "3 hit shit" coming from?  weapon damage is still going to be variable, isn't it?)

One of the earlier conversations touched on alignment. Will Alignment be in D&D Next? If so, will it be the classic nine alignments? And will it have a mechanical impact for characters? For monsters?
The classic nine alignments are planned to be the default alignment assumptions (woot!) (though personally I also have a soft spot for "Unaligned" as well). As for mechanical impact, I think that there's an assumption in the history, world, and cosmology ofDungeons & Dragons that there are tangible, elemental forces of good, evil, law, and chaos, etc. Some of D&D's best stories are built on it; see the war between Law and Chaos that led to the creation of the Rod of Seven Parts. Having mechanics that interact with a fundamental force of existence makes sense, much in the same way that having mechanics that interact with fire, lightning, etc. make sense. However, we want alignment to be a tool, not a straightjacket, so the execution of those mechanics should serve that goal, and really only apply when dealing with the powerful, elemental forces of alignments, not someone who just behaves a certain way (alright... I think this lost me.  alignment will have repercussions, but only if you stray really really bad?). Additionally, I believe we'll also want it to be easy for a DM to strip those mechanics out of his or her campaign, if the DM so chooses. (yeah, i may just want to treat it along the classic AD&D lines)

How important is it to the team that different classes have different mechanics? What kind of ideas would you like to explore to give different classes a different feel?
The important thing about class mechanics is not simply that they be different, but that the mechanics of a class produce the best and most iconic experience of playing that class (folks throw around the word "iconic" way to often in games these days.  design fun classes, and they will be iconic on their own). It's OK to re-use mechanics between classes; for example, our current vision for both the fighter and the rogue includes access to a system of combat maneuvers. Clerics and paladins both should have access to divine spells. That's something the classes need to have because they are different; it's not a choice made simply so that they would be different. (the iconic part is what I assume is being referred to here)
As for how to give different classes different feels, that's all going to come down to how the systems work. For example, if you substitute maneuvers in for individual attacks, the fighter class plays more like a mix-and-match system combining maneuvers and multiple attacks; on my turn, I charge the orc, then use my next attack to disarm him, and my final attack to push him back away from the weapon he dropped (you do realize that combat like this isn't going to fit into the "60 minutes session" mike is working on, right?). Spells, on the other hand, are likely to be focused more on big effects, so that the cleric is more likely to cast a single flame strike spell that consumes much of what she does for that round.


Wow.  I'm actually intrigued by the Bounded Accuracy System, which has been hinted at before, but this is the first time I've seen it named.
Posted by Tenkar at 9:04 PM