Digging Into the Adventurer Conqueror King System - Playing With Proficiencies 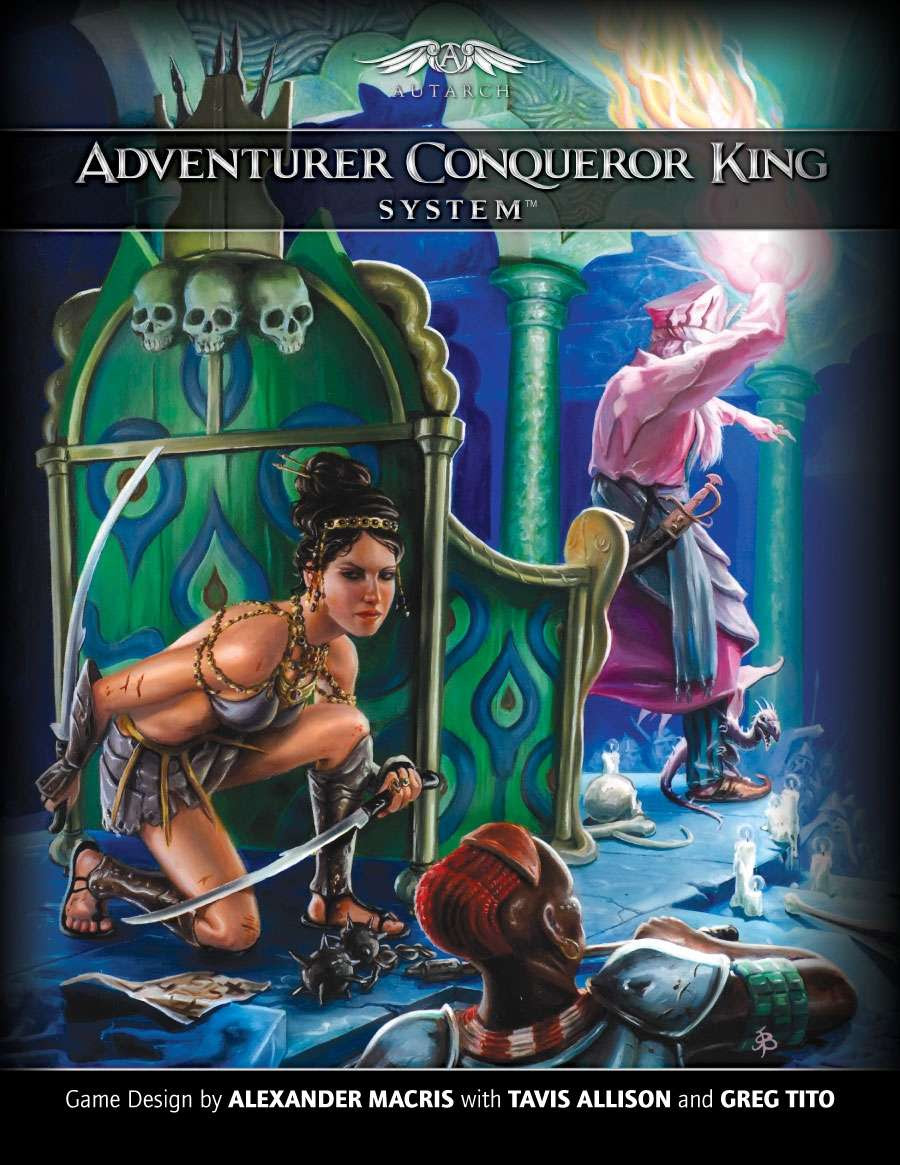 Non-weapon Proficiencies first snuck into AD&D with the Dungeoneer and Wilderness Survival Guides (Weapon Proficiencies were in the Player's Handbook) They added a bit of depth to characters, and were a full pledged part of the system with AD&D 2e.  The Adventurer Conqueror King System offers is own take on a Proficiency System.

This isn't a skill point system like D&D3x, where you get points every level and tweak.  Unless you get a bonus due to a high Intelligence Score, your character will start with three proficiencies.  Adventuring everyone gets.  This allows you to have a general idea on how to set a camp site, search a room, guestimate the value of items... the basic crap PCs do.

You also start with one General proficiency.  Some examples are Alchemy, various Crafting skills, Leadership, Mapping, Tracking and a bunch of others.  Everyone gets another General Proficiency every 4 levels.  Some General Proficiencies are also listed under a Class list, allowing some flexibility as to how you spend your limited points.

Everyone starts starts with a Class Proficiency, and depending on the class they earn one every third or every fourth level.  The interesting thing is that some of the proficiencies are combat related or casting related, but others may be more social, or at least non-combat related.  This can lead to a problem - obviously some proficiencies are more valuable then others.  Weapon Focus turns a natural 20 into a double damage crit (there are no criticals otherwise in the system that I've seen so far, but at 250+ pages, I could be wrong) or a Fighter could spend his point on Riding.  Alright, Riding is also a General Proficiency, but you get my point.

That being said, there are so many combat related proficiencies (and few points to spend) that add a little flavor or "umph" to your character, that it is quite probably that no two characters are going to be built with the same proficiencies.

I personally like "Sniping", which allows a Sneak Attack with a ranged weapon at up to short range.  Then there is Weapon Finesse, allowing you to use your Dex instead of Str for attack mod with one handed weapons.  There are a lot of choices like that.  It really does help make your character unique.

I know they say the Proficiency System is optional, but you would be doing yourself and your players a disservice if you didn't include it in your game.  Heck, you could easily port this section over to most any other OSR style game with minimal tweaking.

I'll probably skip the Spell section (as it should be close enough to what you already know) and move on the the Adventures Chapter next.  Figure Thursday or Friday if all goes well.
Posted by Tenkar at 10:03 PM