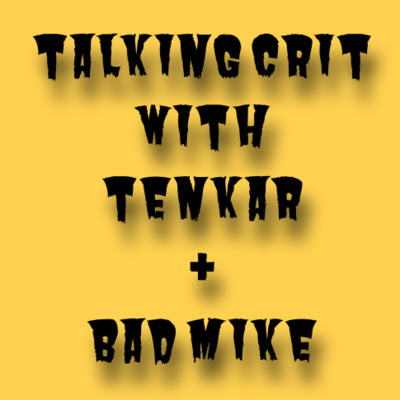 Earlier tonight Bad Mike and myself recorded our weekly Talking Crit YouTube episode. This week's episode was focused on the latest iteration of TSR, which has certainly been making waves and news in the past week or so.

We knocked on nearly 50 live viewers in our audience at one point, and actually did show prep and used visuals ;)

I'll be adding a follow up post later this week to supply other bloggers, YouTubers and such with the resources Mike and I used for tonight's episode, including many screen-caps that did not make it on the air (once identifiers have been removed where necessary). I expect this will be up Friday. Feel free to use.