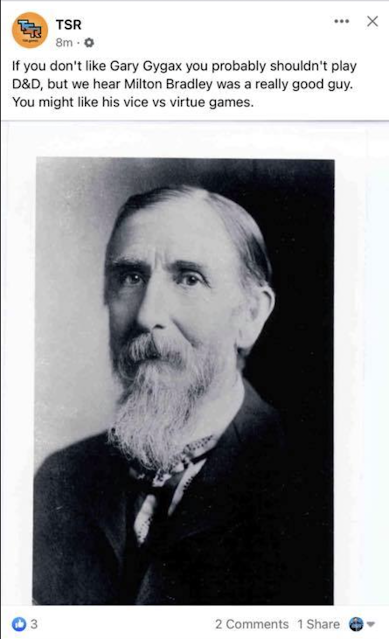 Ah, you just gotta love Justin LaNasa. When he isn't encouraging female employees to wrestle in grits, he's mocking gamers - the very community he wants to fleece. Justin has decided it's best to antagonize. Similar to Ken "Whit" Whitman, he thinks he's smarter than everyone else. Like Ken, he thinks he can intimidate his way to success. But then he shows traits similar to Zak Smith and blocks anyone on social media that dares to question him. Hell, he even shows shades of Gareth Skarka, being addicted to Twitter. LaNasa has defined himself as the cartoon villain of the OSR, if not tabletop gaming in general. No easy feat, as we already have had our Bob Jr. incident. Oh wait, there's a bit of Bob Jr in LaNasa too because as I'll show below, Justin MIGHT be a bit racist. Maybe. Just don't hold it against him.

Below you will find screenshots that show Justin LaNasa, the newest version of TSR, as well as the Dungeon Hobby Shop Museum, in their own words. Initial screenshots will be on this page, later ones will be linked via DropBox (as this page will get slow to upload if I drop them all here). If I include private conversations, the parties other than the ones listed above have given me explicit permission to share. Additionally, there will be links to videos and articles on the above subjects from both sides of the argument as I come across them. I offer this to bloggers, podcasters, vid-casters, and news organizations to use as they see fit. A mention or link back is appreciated but not necessary.

Note: This is literally being updated right now. Links and Videos are still being added, and likely will be completed within the next few hours - until there are more - Tenkar 6/26/21 2232 EDT

Tenkar's Tavern: If I Had to Choose Between Luke Gygax and the Latest TSR..., Erik is Prophetic with Regards to Folks not Getting Trademarks, TSR Trademark Assigned June 16th - Let the Flurry of Pointless Announcements Begin!

The Other Side: TSR's Not So Great Start 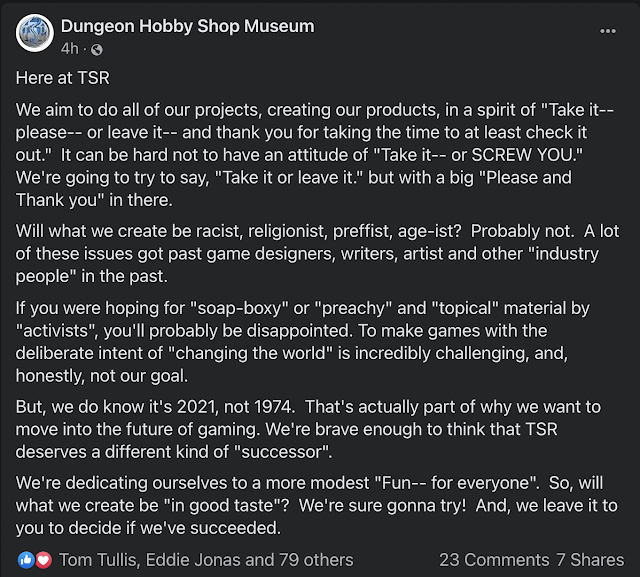 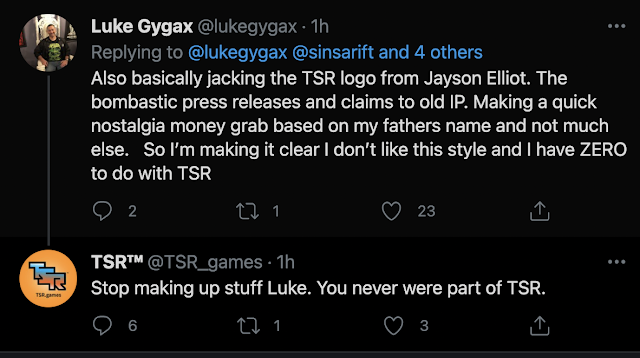 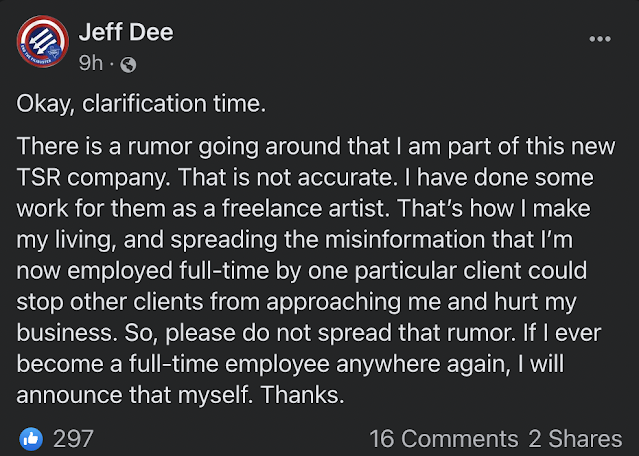 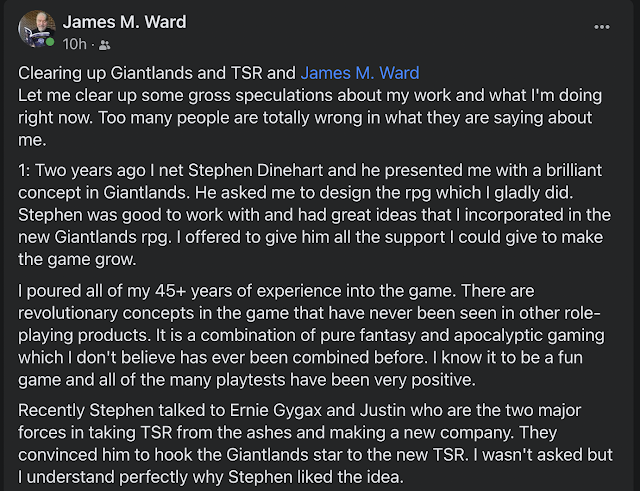 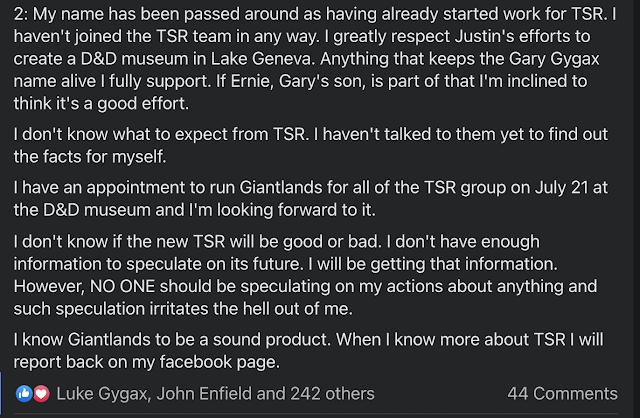 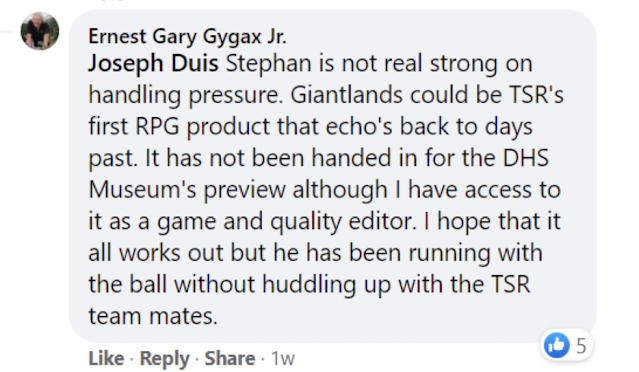 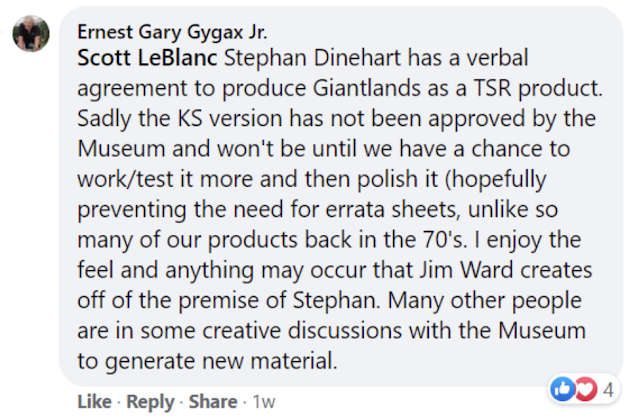 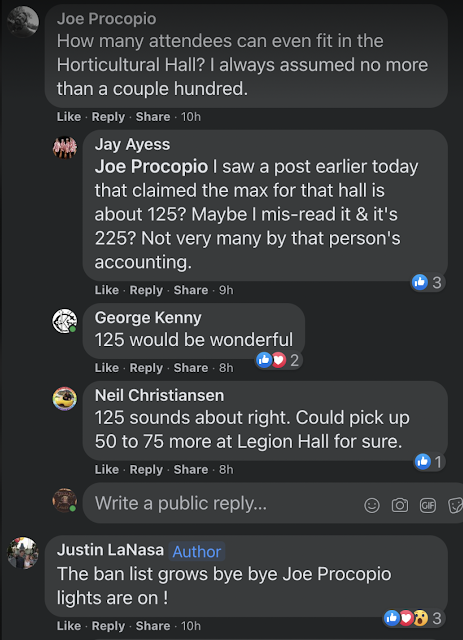 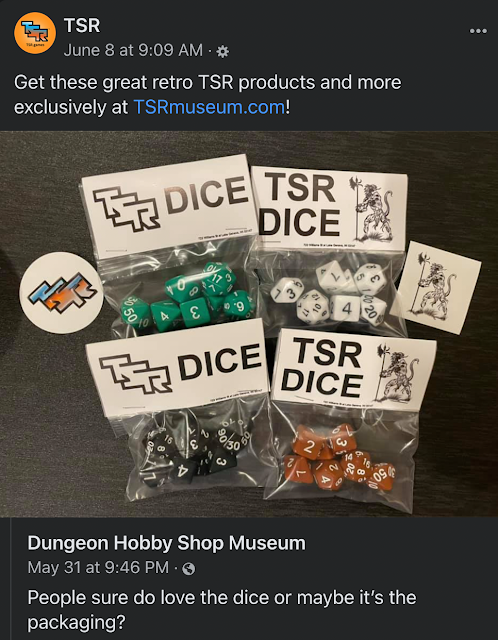 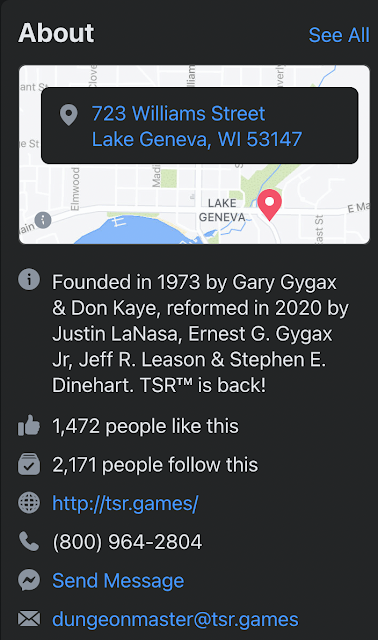 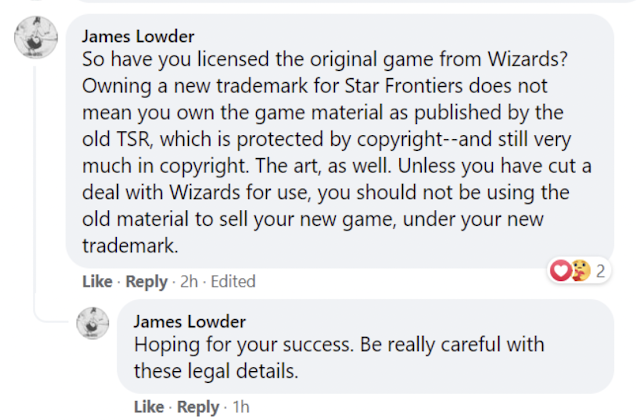 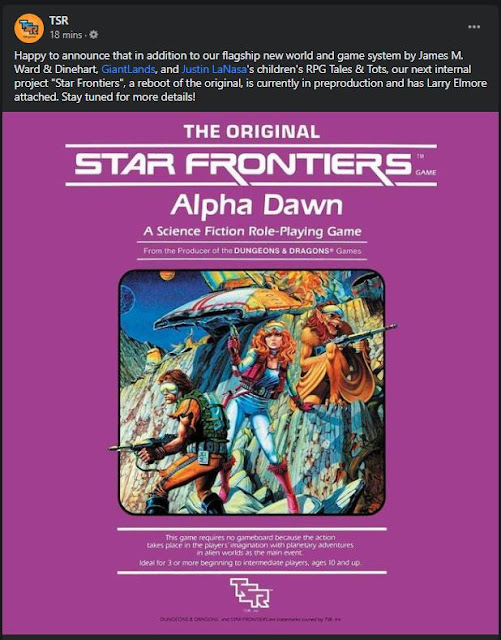 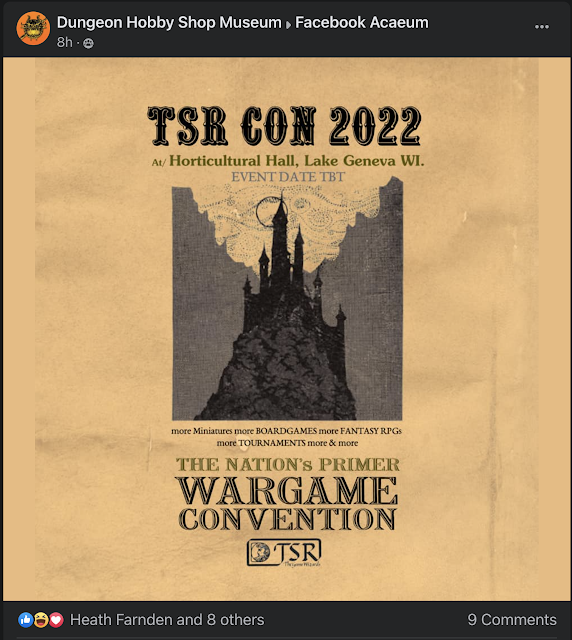 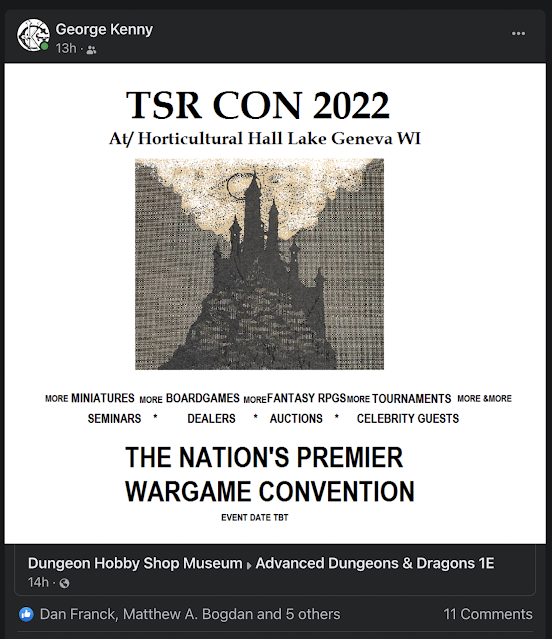 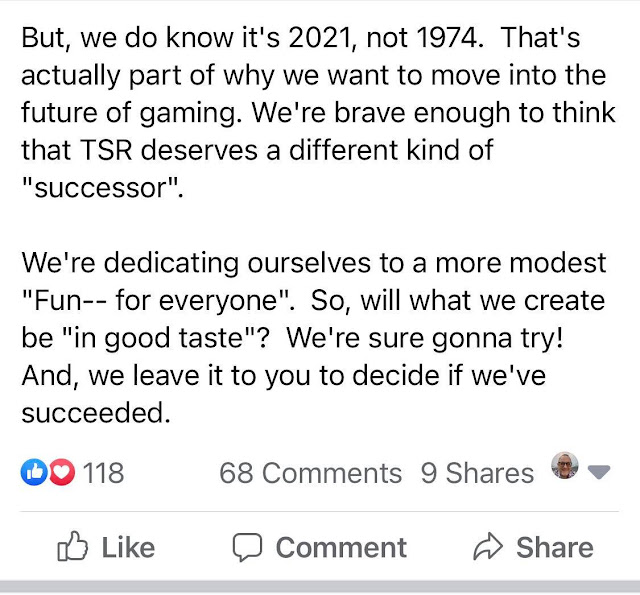 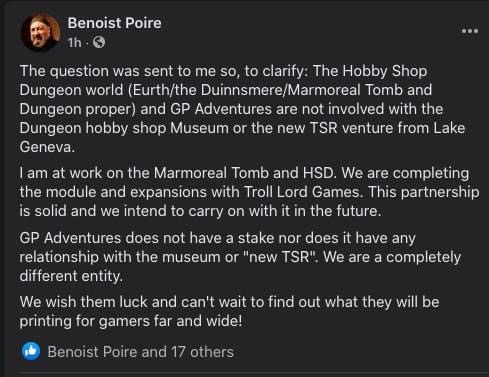 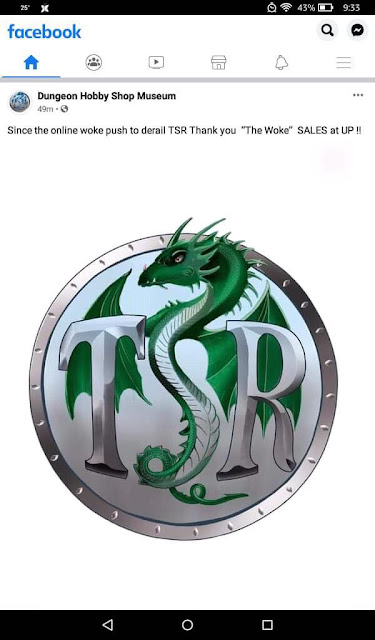 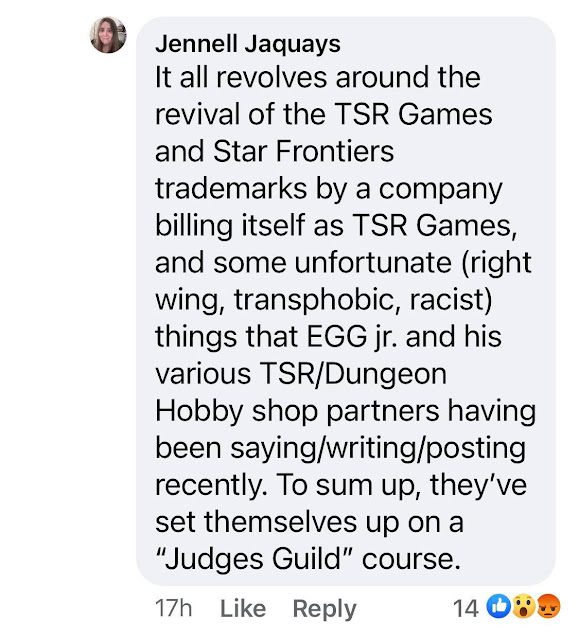