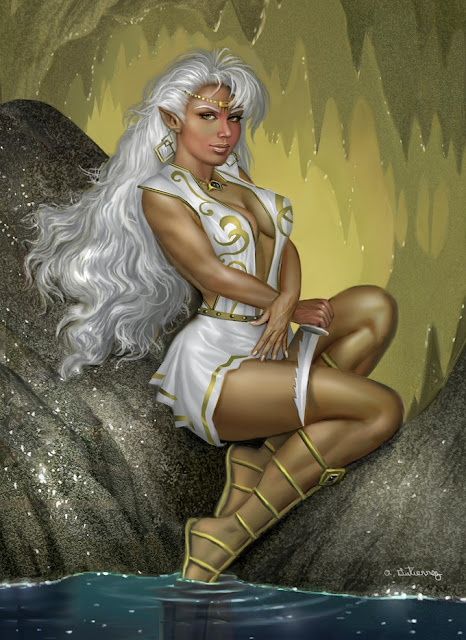 To my surprise, it looks like Venger is going back to his OSR roots. Not O5R, but truly OSR.

V has an amazing ability to write useable adventures and his presentation is often second to none. Sadly, some of his attempts at attention gaining actually distracted from him gaining traction. Hopefully, Cha'alt After Dark is a return to Venger's early days, just with more sleaze. I suspect it is.

Normally, Cha'alt adventures are on the edge of "family-friendly".  Ok, maybe over the edge.  Cha'alt After Dark, on the other hand, is way off the map.  We're into darker and sleazier territory now, hoss.

Buy-in is 5 bucks for the PDF or 15 bucks if you want all of the Cha'alt releases in PDF thus far. There are also hardcover options.