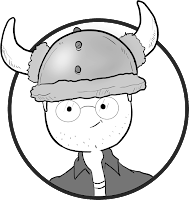 Erik's still in the hospital & should be out tomorrow, so your sorry lot will have to suffice with another story from me!

This one time, at Scout camp.....whoops, wrong audience.

Actually since I usually type about HackMaster, especially when it come to tournaments, I thought maybe I'd regale you fine follks (I'm clearly laying it on thick) with the quick (?) story about when I allegedly became the German National Grand AD&D Champion.

Seriously.....it was evidently a thing.

Well I know I mentioned that I was pretty much handed the Tournament MVP because the fricken adventure revolved around my (randomly assigned) PC. The thing is that there was much more going on at this convention and being the AD&D Champion came with some cool perks.

So this was back in 1996. Magic the Gathering was still pretty new and WotC had a VIP at the convention (cannot remember the guy's name). Dragon Dice were a thing and Lester Smith was a VIP at the convention. I got him to sign a few of my Dragon Dice bags and I got to play, and lose, some games with him. I won some art in a drawing, one piece of which was a huge photo negative cell-thing from an upcoming Traveller book. I still have it, never did get it framed. Got to meet Larry Elmore who was also a VIP at the con, AND I got to meet for the 1st time.......

I'm not sure if Kenny was a VIP as well or part of Larry Elmore's entourage. I do remember that I was invited to a special after-party followig the convention and was volunteered to drive Ken, Larry, and the WotC guy to the party.....and at the time I was driving an old Austin Mini (Red Hot Secial Edition.....not a Mini Cooper). Now if you've ever seen a picture of Kenny, he's not a small guy.

I got everyone in, those small cars are bigger on the inside, and went to the party. To this day all I can remember about the party was that we got to play a very work-in-progress game of Groo! The cards and mechanics were pretty much done, but the cards themselves were all still hand-drawn from Sergio Aragonés. It was a fun night and I made sure to buy nyself a copy when it cane out.

I got to see Ken again when I went to the European Gen Con, which was my prize for winning the German Tournament. That was a fun experience for me, but mostly because it coincided with a longer vacation to the Netherlands........but that's more a story over beers at a future after-party.
Posted by Christopher Stogdill at 8:13 PM