My Introduction to the HackMaster Association 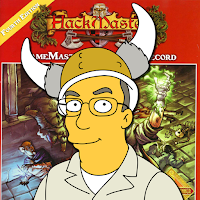 This last week school started for some folks and a good friend of mine saw his youngest daughter off to college. One of the things she was sent off with was a "party pack" of the most recent Pacesetter Games BX set (has a bunch of extra player's books). She also got some dice, map boards, and some other D&D books (4th Edition?). Her father told me she was interested in playing so I bought a bunch of stuff to do so (on a couple of occasions). Despite me spending more than a couple hundred bucks (my buddy won't read this so I don't mind mentioning that fact) I couldn't get her family to start up a game and I hope that she'll have better luck in college.

Now on the surface I'm sure this seem stupid as hell, especially given that I go by "Frugal GM" with another blog by the same name. Why the hell do you spend that kind of money on NOT playing a game?

In short: because I can.

First off, in my opinion, being Frugal has nothing to do with being cheap. Frugality is about spending money wisely and saving money when and where appropriate. I simply feel that a couple hundred bucks is a worthwhile investment in a buddy's kid, but more importantly, the very real future of the next gaming generation.

I've not made it a secret that I didn't get to game worth a damn growing up, and would maybe argue even still today (but I've had some pretty good stretches). One recurring theme in my personal gaming journey has pretty much been the high barrier-for-entry. My introduction to HackMaster is a good example. 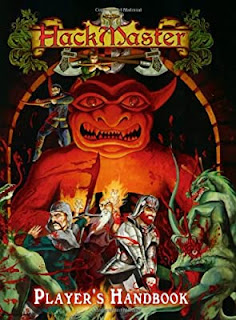 So in 2002 I'm on my Honeymoon in Las Vegas and my new bride decides she wants to visit EVERY comic book store in the greater Las Vegas area. I like comics and most comic books stores also stock games and cool toys, so no problem. At one store I happen upon the HackMaster PHB. Now at this point I haven't slung dice in five, maybe even seven, years and 1st Edition? Decade or two for sure. I recognize the homage that is the cover, but at the same time it's not familiar.....I hope that makes sense. I end up picking up the PHB and...and I'm hooked. I loved the writing and the blend of 1st Edition, 2nd Edition, and home rules. I had bits and bobs of different rules I was wanting to run with another system, but HackMaster just felt so much better.

Now don't get me wrong, I know damned well that HackMaster 4th edition is crunchy, clunky, and has a few of the same problems 1st Edition did, but I loved it. I really wanted to play.

I got my chance nearly a year later when I found out that HackMaster was being run at a game convention in Salt Lake City over Memorial Day. Now this convention is much more an art, sci-fi, and cosplay convention so gaming was there, but almost an after-thought. I tried, and failed, to register for the games I wanted. Evidently the sign-up sheet wasn't there and the registration "guy" was nowhere to be found. My 1st game wasn't until the next day, but I was getting pretty worked up, agitated, down-right pissed off that I could not register for my games! I didn't drive 6 hours, rent a room over a holiday weekend, and subject myself to fricken cosplayers to miss out on a game 'cause some guy can't be bothered to work his volunteer shift!

After the third or fourth visit to the registration desk the convention staff wisely decide to track down the games-guy before this one guest loses it. I didn't know that this really wasn't a gaming con and if I'd just showed up the the right time & table I'd have been good....

Man did I have a good gaming weekend. Aside from one ass-hat blatantly cheating in one miniatures game it was a good time all around. Met a lot of good guys that were in a couple different home groups, but active together in something called the HackMaster Association (HMA), basically a way to track home groups, PCs, and allow for organized play.

Wait, more opportunities to game and a way to have my PC from a Home Game play in a tournament? Sign my ass up!

Yeah, this brief , bright moment of gaming would inevitably crash into that common high "barrier for entry" I referred to. So these new gaming friends a state away were part of one particular Chapter of the HackMaster Association. Since I was living in Boise that placed me into a different Chapter. I could sign up for the HMA, register my home group and even get certified as a Level 1 GameMaster, but anything else I had to work with my Chapter. 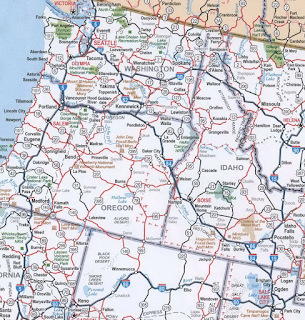 Ok....no problem. Let me reach out to the other groups in my Chapter.....oh wait, there's only one, and its in fricken Spokane! That's an eight hour drive. This group isn't active, but the GM sure seems to be. I don't know what the heck is going on yet, but I'm liking this HackMaster game so I'me willing to do some digging......

It ended up that there were a lot of active HackMaster players, groups, and a chapter in Seattle. There was this one group in Eastern Washington led by a bit of a notorious GM. I had a buddy in Boise from GM who was big into the gaming scene there and he was able to fill me in on some details and I was able to do some more digging.

I won't go off too much on this guy, but for you older Air Force Vets that might be reading this.....he retired at 20 years as a Buck Sgt! Says enough for me right there!

Anyway there was this big HMA fight I guess with this one guy wanting, nay demanding, that every other year his home group getting to host the Washington State HMA Championship. I'm not going to comment on fairness or how I think things should have played out, but in the end, this guy (as I heard, remember this is all 2nd hand info) had a hissy fit and decided to form his own chapter. As part of trying to legitimize his chapter he claimed all of Eastern Washington and the whole (player-less) state of Idaho.

It was a bit of work trying to formalize this research, contacting the powers that be, and finally getting to join up with the folks in the SLC area to form a new HMA Chapter. It was a pain, but well worth it. We drove down several times a year to game, folks from "down there" came up to game with use. To this day I'm still friends with some of those folks...

This was a rough introduction to the HackMaster Association, but things got better and at one point I ended up helping to run the darned thing, but that is (probably not) a story for another time.
Posted by Christopher Stogdill at 10:03 AM