No Flight For You! Gary Con Delayed Until Tomorrow... 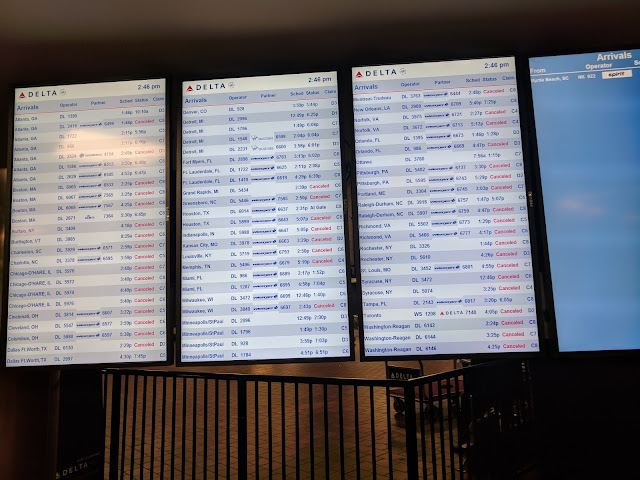 Well, the wait at the airport is over and Rach and I are back home. Yes, it was that kind of a day.

1215 flight was cancelled as we were literally walking out the door, rescheduled to a 230 flight.

230 flight was delayed until 500PM at which point Rach and I decided to splurge on some airport food. After we ordered the food, we heard out flight get cancelled.

The agent rebooked us for 905 tomorrow morning. We arrive in Milwaukee at 1050 or so. Ubering to the Grand Geneva. Reporting direct to the Frog God booth.