So, having arrived at 1130 and put to work spiffing up the Frog God Games presentation, I still had time to make certain acquisitions.

In order of acquisition: 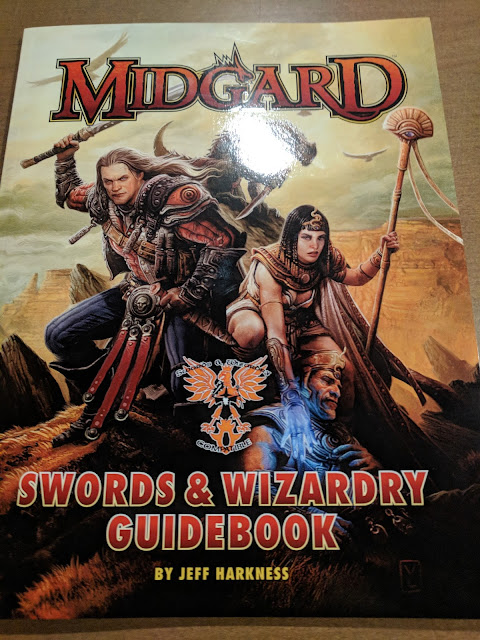 The Midgard Swords & Wizardy Guidebook was put into my hands by none other than Kobold Press' +Wolfgang Baur . No, I haven't had a chance to do more than flup through the pages thus far, but it looks good so far and its exciting to see Kobold Press supporting Swords & Wizardry. 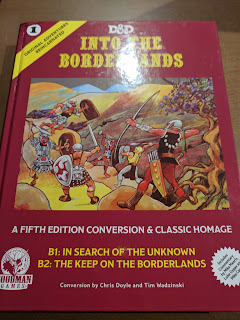 Into The Borderlands: A Fifth Edition Conversion & Classic Homage is the acquisition I almost didn't make. Not that is doesn't look good - it looks amazing. Not that it wasn't value for the money - page count alone is 384 pages. All that for 50 bucks is a bargain. The fact that WotC was throwing in a nice dice bag with dice (picture coming later - I forgot) is something I didn't know before making the purchase, so it wasn't part of the equation. No, the reason I almost didn't pick this up is that I may need to leave some clothes behind for this to fit in my carry on going back to NYC. 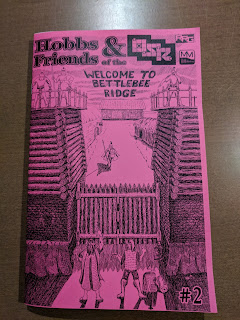 Hobbs & Friends of the OSR Fanzine #2. Issue #1 was simply good shit. I expect more of the same. Thanks to +Jason Hobbs for putting the latest issue into my hands.

Alright, time for this man to catch some sleep.