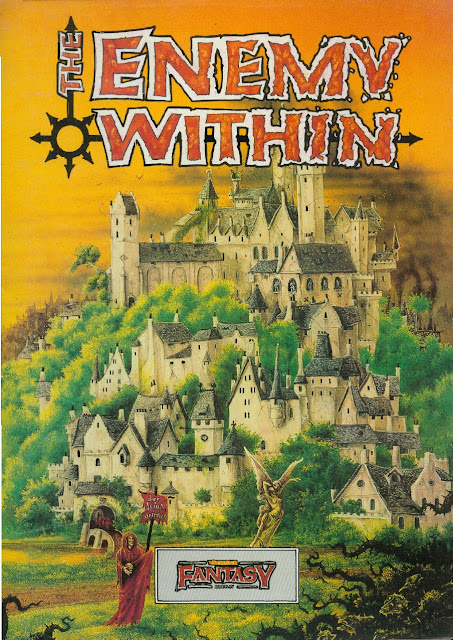 Holy crap! I mean, I seriously LOVED running the Enemy Within Campaign (until it ended with a TPK due to the party's Wizard exploding - I'll tell the story one day ;)

Now, Cubicle 7 is going to update it for the soon (ish) to be released Warhammer Fantasy Roleplay 4e (and PDFs for 1e):


“But we’re not stopping there. We’re creating some beautiful PDFs of the original WFRP super-campaign: the Enemy Within. Keep an eye on our newsletter, website and social media for more news!”

The Enemy Within – Director’s Cut

For those that don't have a complete set, let Wikipedia remind you of what that entails:


This multi-part role playing adventure was made up of several linked adventures:


I'll fucking run this using Swords & Wizardry if I have to but I WILL run this!

And, as a side note, Cubicle 7 has lost the Call of Cthulhu license - so expect some sales this month:


Cubicle 7’s Call of Cthulhu license expires at the end of the year and by mutual agreement with Chaosium it is not going to be renewed. There are no hard feelings on either side, and we are still on great terms - these things happen. Call of Cthulhu is Chaosium’s baby and we wish them all the best.

We’ve enjoyed working with Call of Cthulhu and Chaosium, but we’re also looking forward to the challenge of designing our own game systems for Cthulhu Britannica, World War Cthulhu and The Laundry. Putting together games that really showcase the themes of their setting is what we do best, after all! Keep an eye on the newsletter for more information in due course.

Stay tuned - we'll be holding a sale on our Call of Cthulhu titles in December!