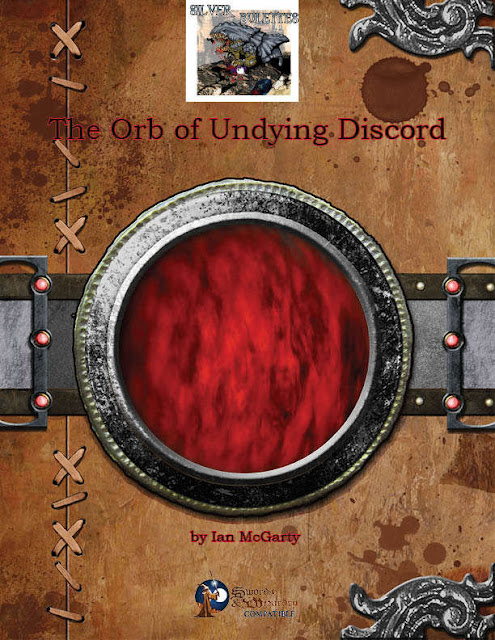 I'm really enjoying the various releases for Swords & Wizardry Light / Continual Light. Each release in support of the system is like an angel getting their wings. Alright, maybe not quite that but it does give me the warm fuzzies ;)

The Orb of Undying Discord is the latest release in support of SWL / SWCL. Written by Ian McGarty, a longtime Swords & Wizardry GM / player, it is a fine addition to your Swords & Wizardry adventure collection, whether you run Light or Complete.


This adventure is designed for use with Swords and Wizardry Light/Continual Light. It is compatible with Swords & Wizardry and other OSR systems. This adventure is for 4-6 characters of level 2-3. Can you brave the dangers and outsmart the puzzles to obtain the Orb of Undying Discord? This is the 3rd adventure in the Undying Orbs series. These will culminate in an anthology after the upcoming release of the Orb of Undying Law.