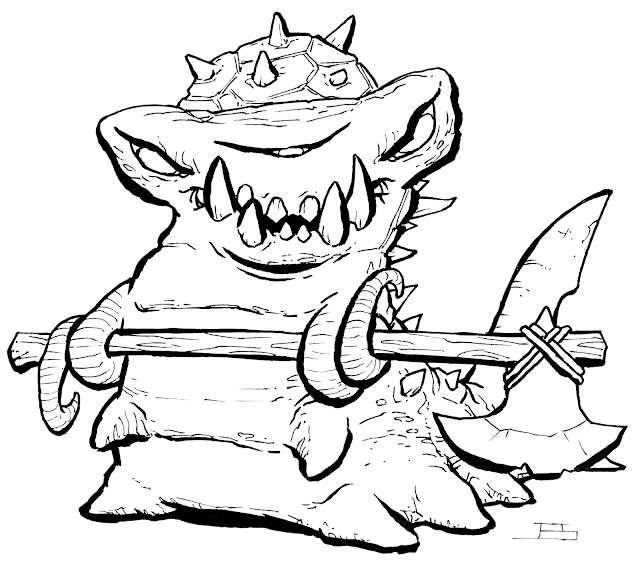 Giant Armored Slugs are rarely found in the wild. Instead, they are often used as minions for powerful wizards and priests. Standing nearly 4' tall and possessing a minimum of reasoning ability, Giant Armored Slugs - often referred to as Sluggards - can understand the common tongue of man and are able to converse in three to four word sentences. Although they lack hands, their tentacled limbs allow them to wield weapons with some proficiency.Their skin forms a chitinous sort of armor but perhaps their best defense is their trail of slime, which radiates in a 5' circle around them and has been known to cause many an attacker grief.

Giant Armored Slug AC: 2[17]    HD: 4   Attacks: By Weapon or Bite (1d6+1) Move: 3Special: Slime - Anyone standing within 5' of a Sluggard must make a save or be at -2 to attacks due to poor footing. Leaving the 5' radius ends the effect.Art copyright James Shields
Midweek Monster Mayhem is brought to you by the generosity of The Tavern's Patreon Backers.