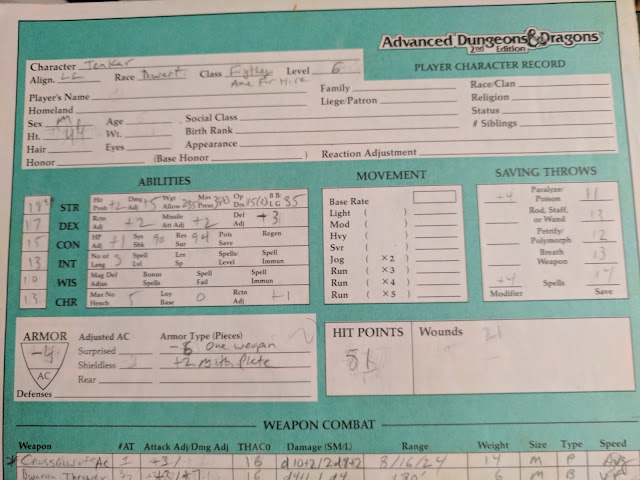 As I've mentioned before, Tenkar was a henchman in one of my old campaigns that became moreso as time went on.

I never retained a copy of the character sheet of Tenkar, the Dwarven Fighter that was a henchman for Paul (who dropped out for the group for a bit and is the reason we gather each year, as Paul was lost on 9-11) before Tenkar moved on to Brian - who made this character sheet.

Email ThisBlogThis!Share to TwitterShare to FacebookShare to Pinterest
Labels: Gathering of Fools