Far West - When a Podcast Interview is Slanted at a Right Angle, They Must be Interviewing Gareth 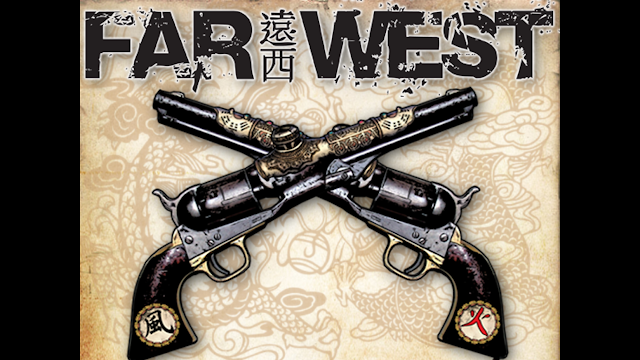 Wow. What shit. What slant. What purposeful ignoring of facts. Surprisingly, I'm not even talking about Gareth (as always though, still full of excuses).

What am I talking about? Minion Minute interviewed Gareth at Chupacabracon IV (May 12th through the 14th of this year - the timeframe where Gareth has been maintaining radio silence since May 2 - "serious family matters" prevent work on Far West but not, apparently, going to a Convention)

So, what crap does "Aaron", the interviewer, say?

At 3:25 - "I know things have been rocky. Don't give a fuck about that. The internet has a long memory... it will stay around forever - it doesn't matter."

So yes, the most famous thing Gareth is known for, Far West, it not going to be a topic, at east according to the interviewer. Because it "doesn't matter."

But at 13:20, Gareth brings up Far West. Its the elephant in the room, and I give Gareth credit for addressing it. Ah, but what does Aaron have to say?

"So people who don't know what Far West is beyond ridiculous blogskreets and horseshit." Hey, a call out to The Tavern. Heck, Gareth even recommends an internet search to read the posts. Well played, Gareth. Well played.

The worst offense by the interviewer in my opinion comes around 17:30 into the interview. Gareth decides to try and explain why Far West is so fucking late and Aaron tries a little misdirection:

Holy shit! Bringing up Nystul. Might as well bring up #ConManKen too while you are at it. Heck, of the three, Nystul is the ONLY one that fell on the swords, said he was an incompetent businessman and left the fucking hobby! Aaron, you thought you were helping but all you did was make things worse.

Overall, not a bad interview on Gareth's end. He speaks well and knows how to weave a story. Aaron sounds like someone that still has a stash of Stacker 2 with ephedra while full of hero worship with blinders on. The total interview is about 38 minutes - I stopped at about 27 minutes in. For all I know there might be further gems, but really, giving up more than 30 minutes of my life to listen to Gareth and his excuses, valid or not, that I've heard for the last five years just isn't going to happen.
Posted by Tenkar at 12:40 PM