RPGNow Deal of the Day - Castles & Crusades: Beneath the Dome (Adventure) 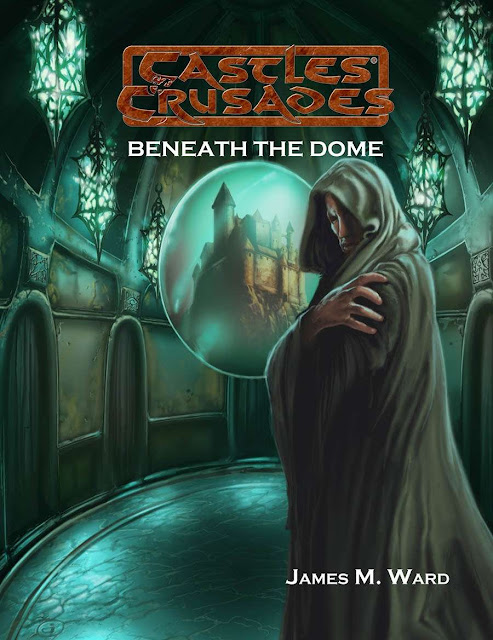 I've said it before and I'll say it again, Castles & Crusades adventures convert to the rest of the OSR with minimal fuss and Beneath the Dome should be no exception.


This book brings together the 4 parts that were first featured as a serial adventure.  It's been retooled and brought together in one cohesive 36 page adventure!

Riding the winds of an Eldritch sorcery they came, bearing only a lust for chaos and evil and for power over the kindgdoms of men.  They built a fortress deep in the mountains, buried beneath a dome of rock. Though their power was great, their numbers were few and so they cast about for minions.

They captured a lone hunter, dragging him into the deeps of their temple.  There they broke him and as life left him they bound his corpse to them.  But he was only the first, more followed, farmers, their families, villages too.  But it was not just men and their people, but animals too, dogs and beasts of burden.

Thus the Kingdom has been afflicted.  And the MageKing who rules calls for aid, seeking the brave and the bold to find out what madness afflicts the realm and his people.  For in his heart he fears that what has unfolded is only the beginning.

Beneath the Dome houses a wild ride of adventures that begins with a low level adventure fighting the green wizard-priest amdromodons, but ends in the swirling death of the ebony amdromodons.

Remember, a portion of the monies your spend at RPGNow go to support The Tavern. Tip your barman ;)