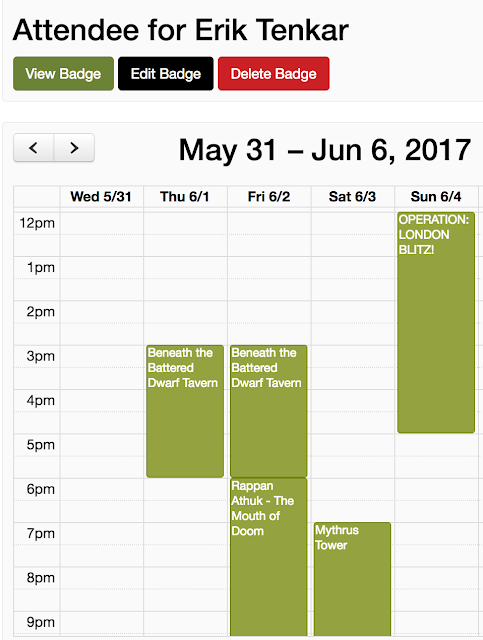 My Registration is done for NTRPG 2017. The only thing Rach and I missed out on was getting into one of +Doug Kovacs DCC RPG sessions - we've been lucky three years running up to this. That being said, we've played pick up game with Doug in the past and may just have to again this year :)

Rappan Athak is being run by +Skeeter Green and Mythus Tower is being run by +Bill Webb . What a coincidence, Rach and I are playing in TWO Swords & Wizardry games. Sunday we're in Merle Rasmussen's Top Secret: New World Order game. Rach and I play tested it last year and Sunday should be a blast.

If we're not gaming, we'll either be by The Frogs' Table, the bar or making our rounds around the Con.

I do so love NTRPG Con.

As an aside, I'm not sure if I'm going to allow Rach by the pool this year. She gets into feisty discussions with gamers that have no clue who I am when she hands out by the pool...