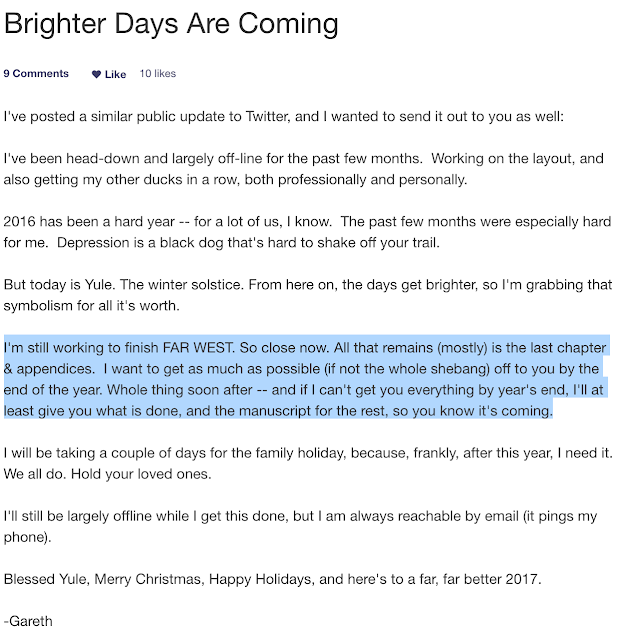 Gareth, he of endless release dates, promised to release Far West by the "end of the year" even if it was a dump of an incomplete manuscript.

So, where is it Gareth?

Failed again? Say it isn't so. After five fucking years there must be SOMETHING to show for the effort.

How about some words of wisdom attributed to Mister Big Time Publisher?

Gareth, after five years, this is your baby and yours alone. There is one thing I do understand about publishing - if the manuscript isn't complete, it can't be published. Gee, who has supposedly been working on the manuscript for the past five years?

Don't blame Cubicle 7 at this point. They jumped in to save your ass and you had nothing to give them in publishable form.

If you have nothing, be a man and admit it. Right now you've been playing the gaming community for a bunch of fools almost as long as Con Man Ken.