Gareth is Adamant He will Release... Anything but Far West: Thrilling Tales 2e: Pulp Villains - The Subterranean Monarch releases for the New Year 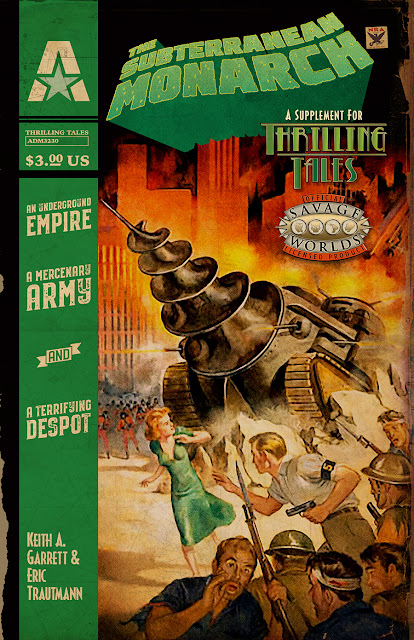 Ah, you gotta love it when one flat out lies to one's backers about putting product into their virtual hands before the year is out (yep, never happened - color me surprised) and yet finds time to release a product for yet another product line.

Awesome! So, this means all proceeds are going towards putting already paid for physical copies of Far West into backers hands, right?

Far West. When tomorrow is always a day away.

In all seriousness, the reason that Far West is Far From Complete is because there is no money in it. The money is long ago spent and the layers of media that were planned to be built upon the Far West property have rotted away over 5 years of falsehoods and misdirection.

New releases, semi detached from the Albatross can generate income for Adamant / Gareth. Far West is a time and money pit with no current upside - all the upside was spent up front with little if anything to show for it.

This is why there are no refunds - there IS NO MONEY left to refund anybody. I'm not going to guess what it was spent on, but it certainly wasn't held aside to ensure print copies went out to backers.

There is mismanagement here, not just of time but of the funds and it should serve as a warning for anyone looking to do business with Gareth in the future. 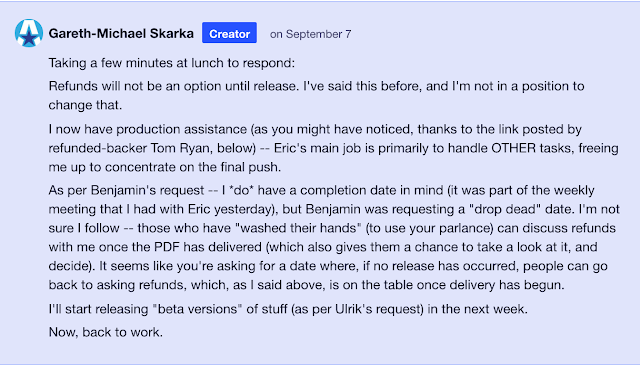 Remember, if it never releases, there will never be further refunds. I think I understand now...

Oh, and those "beta versions"? Four months later - haven't happened.
Posted by Tenkar at 8:52 AM