Guest Poster - Chris Kutalik - Behind the Scenes in the Misty Isles 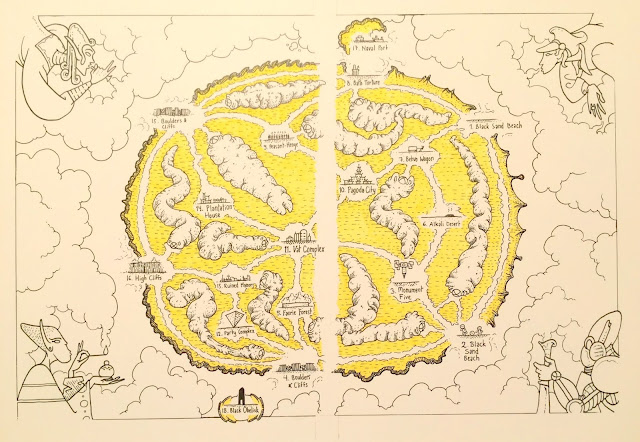 First, a little background. I mentioned to as many people at NTRPG that I could that The Tavern is always open to guest posting. For The Tavern to truly be the community it is becoming, it needs more than my voice on these posts. I may be the one paying the bills, but there would be no Tavern without readers like you and guest posters like Chris.

+Chris Kutalik is a founding member of the Hydra Cooperative, a publisher of OSR styled RPGs and supplements. Check out their website and see who they are. You may be surprised.

He is probably best known for Slumbering Ursine Dunes and the Hill Cantons but Chris has been involved in many more projects than just those.

Misty Isles of the Eld is Chris' latest project. I received the PDF in the days before NTRPG, but haven't gotten to the point that I can do a proper review. I'll rectify that in the near future. Chris was kind enough to write out some thoughts behind Misty Isles of the Eld as well as forward me some amazing art from the project that wasn't used due to lack of space. 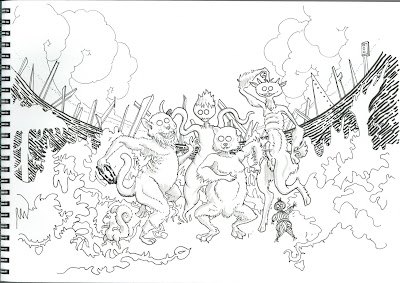 Behind the Scenes in the Misty Isles

Misty Isles of the Eld was pretty different from my previous two installments in the Dunes Kickstarter series (Slumbering UrsineDunes and Fever-Dreaming Marlinko). And not just for the obvious reasons like the fact that's it significantly heftier (almost double the length of the Dunes main adventure) and packed with art. Several things set it apart and gave it a totally different dynamic when putting it together: 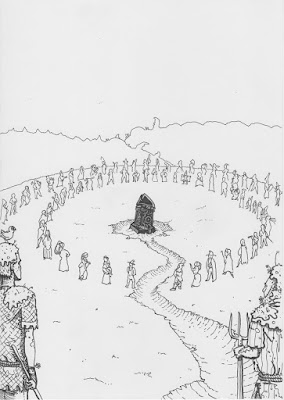 1. Not Ripped Wholly out of Campaign Play. The Misty Isles is the first of the series that the players didn't reach. I mean sure I had some sketchy maps and the main tentpole dungeon, the Vat Complex, was played the hell out of (it was situated in the same plane but through a different place in the campaign), but it was the first published thing that I really built from the bottom up and independent like. For better or worse the previous two are almost like frozen (though more developed for a broader audience) moments of play at my table. I like to think that's for the better, that they are not artificial and impossible to play, but it does kind of back you into a corner when you are writing. Misty Isles was the first thing I could hog wild with a number of ideas for an adventure and mini-setting that were burning the back of my brain and old notebooks.

2. Luka Rejec. Working with Luka was a helluva positive experience and really his aesthetic vision—and drive to get it done—was so strong that I like to call him my other co-author (along with Robert Parker who wrote some great bits in the monster and artifact section). We had originally expected to get him to do a cover, eight interior illustrations and maps (he did an amazing job with the ones in Marlinko). But see we never even did an art order. The guy just set down read the manuscript and seemed to get totally inspired—and churned out 60-plus illustrations totally on his own intiative—and what illustrations! They were all so charming and fittingly weird that I am not ashamed to say that I ended up adding whole pages of new characters, gear and sites just based on what he was pumping out. 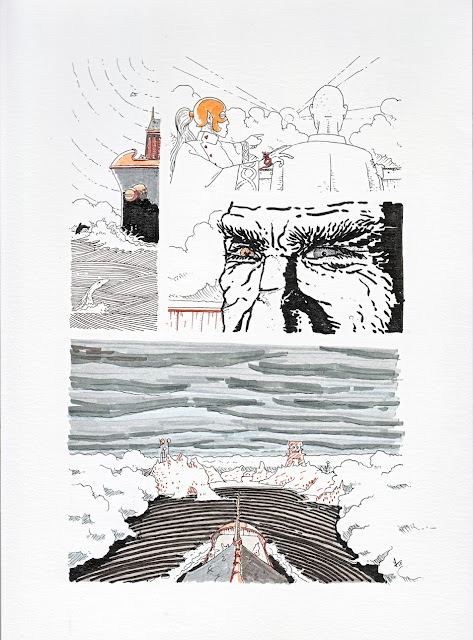 There were so many illustrations that sadly some of them had to get cut, some of my favorites even. But hey you can see them here below (actually, throughout the post) One of them is of Eldmen, slaves of the Eld who emulate the bulby heads of their masters with fake heads (yeah a Jack Vance homage), working the Plantation, one of the four adventure sites. 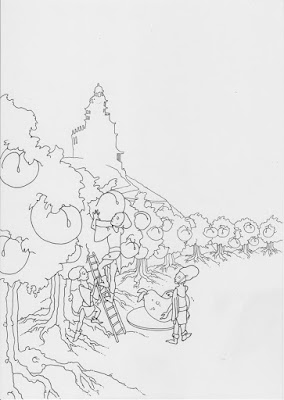 3. Extra-Planar Adventure. Misty was my first attempt to do a proper extra-planar adventure and it was surprisingly hard to get the weirdness of something that alien without making it so dang incoherent that  like a bad dream sequence in a movie you just shrug your shoulders. Like we don't really have many good examples in doing D&D adventures wholly off the prime material plane (leaving aside Planescape which gets some right and a lot wrong), so I found that challenging. A fun challenge yeah, but a challenge.