Kickstarter - City State of the Invincible Overlord - Not so Invincible Anymore 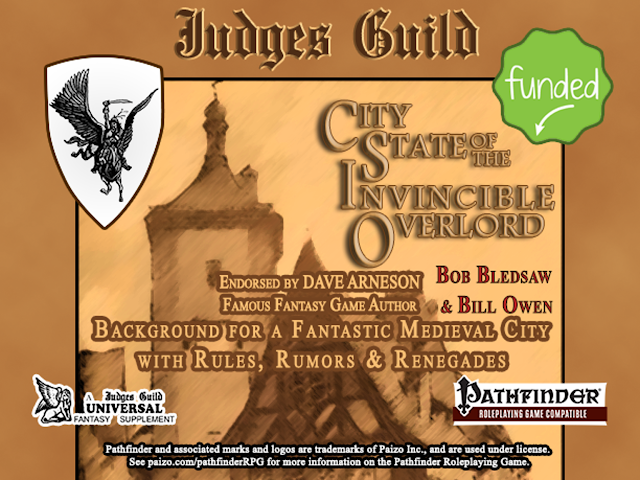 City State of the Invincible Overlord (reprint / revision) Kickstarter - everything was fine until it actually funded.

Spent money on add on miniatures before setting aside enough funds to actually produce the funded project and stretch goals? Check! (minis are a money sink - only one man can pull them off successful as part of a non-mini project. He's named below)

Senior generation calling out the younger generation and assigning blame? Check and check.

Spent money on hookers and blow? Er, no. At least, not yet. Give it time. Wait, project is in the red. Do they take credit? Edit - direct reference to a statement made by Tavis Allison in regards to the Dwimmermount fiasco. Said in jest then, said in jest now. Just adding context for those who might need it.

I've seen melt downs on Kickstarters before, but I'm ready to wash my hands of this one. 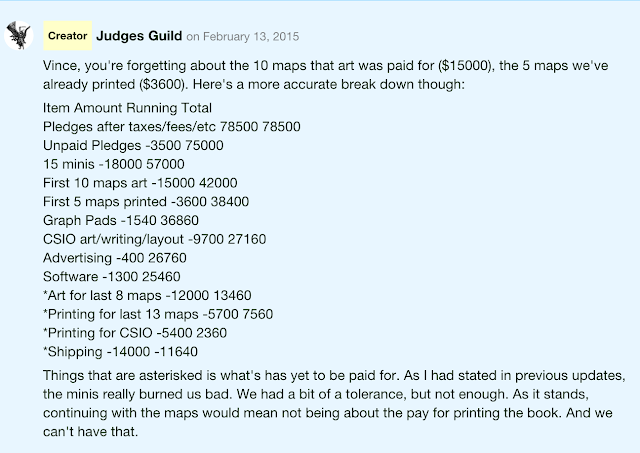 As of February 2015, it was already potentially 12k in the RED. Shipping has only gone up I'm sure. And why does anyone except for +Zach Glazar include minis with their Kickstarter? It's insane!

Then there was Bob II and his quasi public posting last week criticizing Bob III.

Out of context? That's what they say. It's also a severe case of hoping that folks understand that Goodman Games is running the current reprint Kickstarter for Judges Guild, not Judges Guild themselves. BTW, from what I've been told the Bledsaws are fine folk. It's just that Kickstarter is a dangerous mistress that can turn on one without warning. Boon and curse, it's all one and the same. Sometimes you need money just to lose it.

Goal was $28k. Over $85k was raised. If they'd raised less money, maybe the amount of red would have been less.
Posted by Tenkar at 4:28 PM