By now the subscribers to Gygax Magazine should have the notice in their email - Gygax Magazine has ceased publishing but TSR is staying strong with other releases. This probably isn't a total shock to those those that saw the Gygax brothers leave TSR / Gygax Magazine after the resolution of the Gygax Trademark "legal action" (I hope that is the correct phrase - I am not a lawyer and I do not play one on TV) As Jayson told me in a phone call earlier today, it was difficult to continue Gygax Magazine without any Gygax's associated with it. So, that's the bad news. The good news is that TSR is going to be releasing a selection of top end adventures and a new espionage game with some major names attached to it.

Here's the email the subscribers to Gygax received:


Hi, it's Jayson from TSR Games. I'm writing to you because you're a subscriber to Gygax Magazine.

As you may have heard, Gygax Magazine has been in a trademark dispute, which we're glad to have settled. However, Luke & Ernie Gygax have decided to withdraw for business reasons. We're all still good friends and support each other, but as a result, we've decided that we will no longer publish Gygax Magazine.  Without any Gygaxes involved, it wouldn't be right to continue it. This was a very difficult decision, and we're so sorry to have to see it end. But there's good news, too. We've got great new products coming out in 2016, and I'm very excited about what the coming year looks like.

As a subscriber, you will get credit in the store for any TSR products, including any back issues of Gygax Magazine you might have missed out on. Your credit will be based on the number of issues remaining in your subscription, you'll get an email next week with your credit balance and how to spend it.

So let's talk about the fun stuff! We've got a new series of adventures called The Pantheon Series, a module from Frank Mentzer, a new RPG from Merle Rasmussen, and a brand new podcast network. 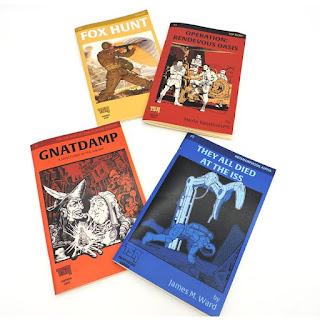 First, the Pantheon Series. We’re releasing a series of digest-sized adventure modules for multiple RPG systems. We’re calling it the Pantheon Series, because together they represent a pantheon of great game systems. They’re digest sized, in a nod to the original formats from the 1970s, and for great portability. Each adventure includes a large fold-out map, so GMs don’t have to keep flipping back and forth during the game. We’ll be bringing out a new adventure in the Patheon Series every month, starting in February. We're starting with adventures from Gygax Magazine, and there are several brand new adventures coming soon after. The first four are shown below — and they’re only $5 each. 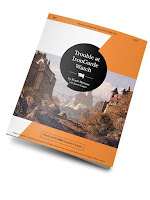 Next, we'll be releasing the first of our full-length adventure modules for 5E Dungeons & Dragons. It's kicking off with a brand new adventure from Frank Mentzer, Trouble at IronGarde Watch.
​
Written with James Carpio, it contains three scenarios, taking the players on a thrilling journey to uncover a cultist conspiracy through dwarven outposts, lost temples, and a terrible monster's lair.

Finally, our biggest product on the way is a brand new RPG! 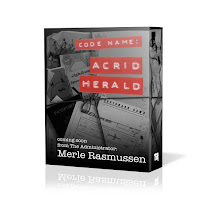 Merle Rasmussen, creator of Top Secret, has teamed up with his original conspirator Allen Hammack, as well as James Carpio and Chad Parish, to create an all-new espionage game for the new millennium.

It's still unnamed, so for now we're using its internal code name: Acrid Herald.
Currently in playtesting, it will be played in public for the first time at GaryCon this March. The final version will be unveiled soon afterward, in a boxed set with introductory missions for players.

This isn't the real box yet, but here's a sneak peek:

TSR Podcast Network
And finally, how about something for free?

We recently launched the TSR Podcast Network, and we've got two great shows you can get for free through your favorite podcast app.

Cube of Death is a quiz show, and a dungeon crawl in one. Every episode features contestants trying to survive dark and perilous encounters, defeating monsters & traps (and sometimes each other) by answering questions about sci-fi, fantasy, and nerdy pop culture trivia.

Game School features hosts Satine Phoenix (I Hit it With My Axe) and Chad Parish (Dead Games Society), as they learn a new RPG for every show, with the help of the game's creators. It's fast-paced, fun, and features actual-play encounters every time.

There are already over 20 episodes released between both shows, so head over to TSRPN.com and listen now!

Thank you for being a TSR customer, and sticking with us as we grow. I'm looking forward to a great year in 2016!

So, what does this mean?

Subscribers get credit with TSR to purchase the new releases. A series of $5 digest sized adventure releases, a full sized 5e adventure from Frank Mentzer (with James Carpio), some new podcasts for me to check out and the cherry on top for me (and my wife Rachel) - a new espionage RPG from Merle Rasmussen. Have I mentioned that I got in trouble in High School Science Lab for running a Top Secret session instead of playing with chemicals?

While it's sad to see the demise of Gygax Magazine, what will arise from the ashes is very promising.

If you have questions for Jayson you can reach out to him directly or add a comment to this post and we'll make sure he sees it. 2016 is going to be a very interesting year in the OSR and the RPG hobby at large.