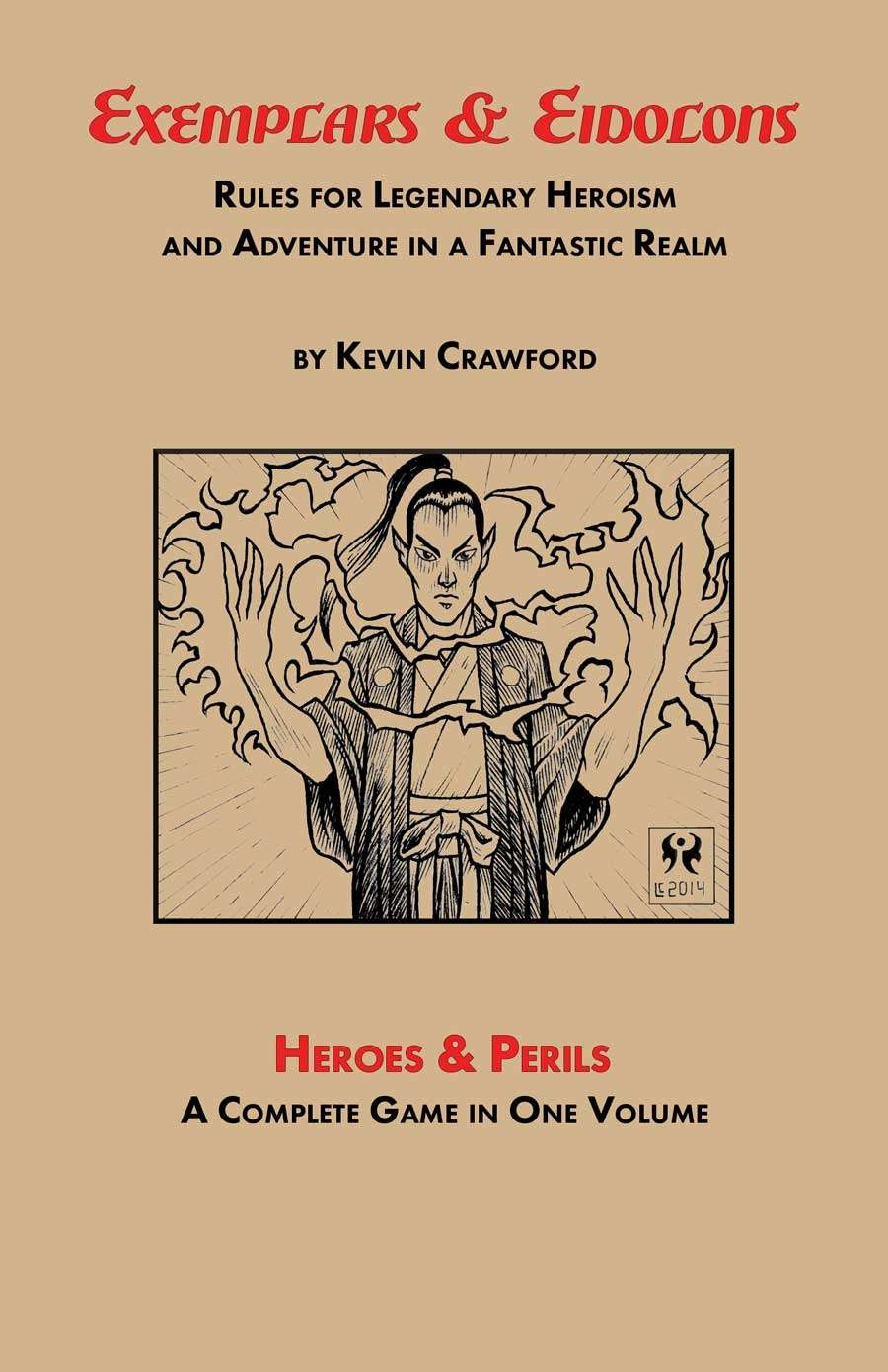 +Kevin Crawford likes to sneak his new releases into the world with little fanfare at times. He's done it again, as this released on Friday and I only just found it this morning at RPGNow.

Exemplars & Eidolons looks to be a very solid OSR release, but in this case the rules themselves are secondary to the presentation, as Kevin is offering this as an example of how to present a game in a format reminiscent of the old White Box releases of yore.

As usual, Kevin does some excellent work.

At free this is yet another gift from Kevin to the OSR. I tip my hat to you good sir.

Welcome to Exemplars & Eidolons. Within these few pages you’ll find a game of titanic heroes and glorious paragons, living legends of every stripe banding together to accomplish deeds of deathless fame. Using the basic framework of classic old-school gaming you’ll fashion fresh exemplars of daring to battle foes far beyond the compass of ordinary adventurers!

Exemplars & Eidolons is a fully-playable OSR mini-game of high-powered legendary adventurers. But what I really wrote it to be is a simple layout template for other people who'd like to echo the old "Little Brown Books" style of old-school game pamphlets. As the principles of page design are a lot easier to explain with actual game text, I wrote the game so I could have something to lay out for you.

In this download, you'll get the game itself in two versions- one with no Commentary layer for the convenience of people using certain tablet readers, and one with a layer you can turn on via Adobe Reader to see the page design tricks and principles I used to put the pamphlet together. I've also included InDesign source files for the game, and an .IDML InDesign markup language file that should be readable by Scribus. You are encouraged to loot the styles and page objects for your own creations, whether free or commercial.

The art used in the game is also included, and was drawn from the Spears of the Dawn Art Pack and the Scarlet Heroes Art Pack, both of which are free for commercial use and available here on DTRPG.

Those who'd like to see how their own final product might look can order the print version of the pamphlet as well. While it's listed as being a premium color product, it's largely black and white- I prepared it that way so you could see what the paper and color quality was like for your own project before you got too far into the design.

So go forth and make awesome things to share with other people.

(If you like this, go ahead and grab The Smoking Pillar of Lan Yu while you're at it- it's a free module template for building 1980-style adventure modules.)