How the Bloody Hell is THIS the Free Product of the Week at RPGNow?!? 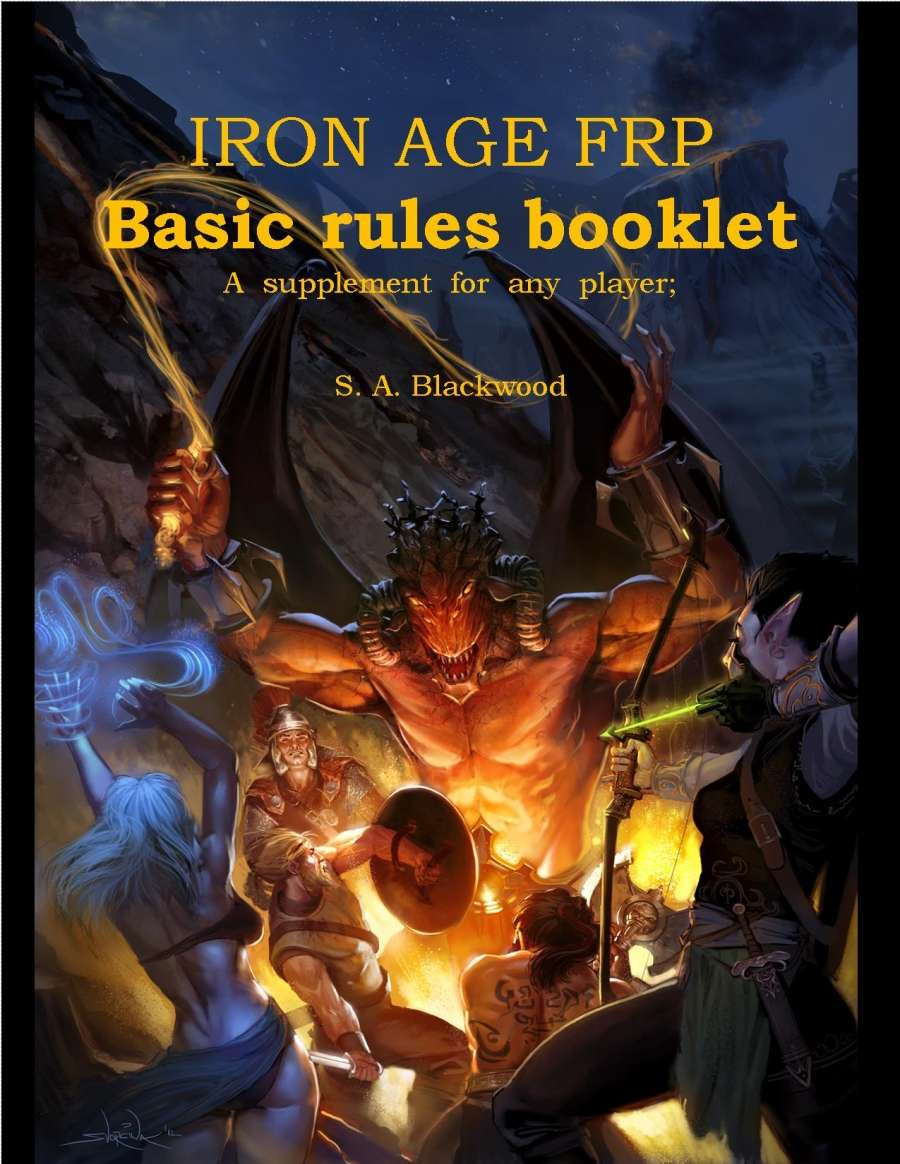 Iron Age RPG, how much do I hate thee? I remember when you were just an annoying wee lad with a failed Indiegogo Campaign (well, "flexible funding" never really fails i guess) whose creators spent most of their time spamming The Tavern's comment section with links to their project.

Now they are selling their rules on RPGNow. More power to them.

Here's the fucked up thing. The Free RPG Product of the Week for DriveThruRPG / RPGNow is the Iron Age FRP Basic Rules Booklet. How many mistakes do you see on the cover?

Before we go further, this is not a "basic" version of the rules. You can not play the game with these rules, they are more like highlights and summaries. So, unless you plunk down $12.41 for the rules, this is pretty worthless.

Actually, I'm wrong. This is invaluable, as it will prevent anyone who spends 5 minutes reading it from loosing money on actually purchasing the full rules.

Look at the sample page below. The first two sentences have at least three grammatical mistakes. It's obvious that the author is not a native English speaker (as was obvious from the now defunct Indiegogo page and the spam comments on this side) which in and of itself isn't a horrible thing. Still, at the very least they should have used a native English speaker to proofread. Apparently that was too much of an effort. This shit makes the average Troll Lords release appear to be professionally edited. 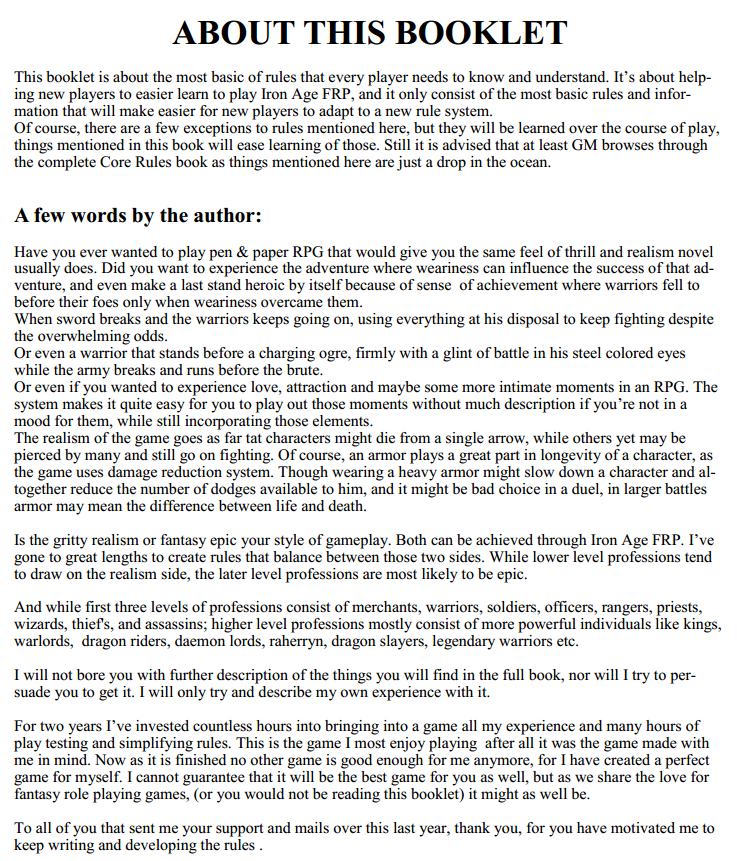 Which leads me to another thought - does anyone at RPGNow bother to read this shit before labeling something "Free Product of the Week?" How about "The Pick of the Week?" Does any effort go into that? Just how the fuck did this train wreck get picked?

First person that posts a detailed proofread with corrections in the comments section gets a $5 RPGNow gift certificate from me. It's the least I can do for anyone that braves the whole product.

I will admit the cover looks cool. Maybe that's how they decided at OBS... 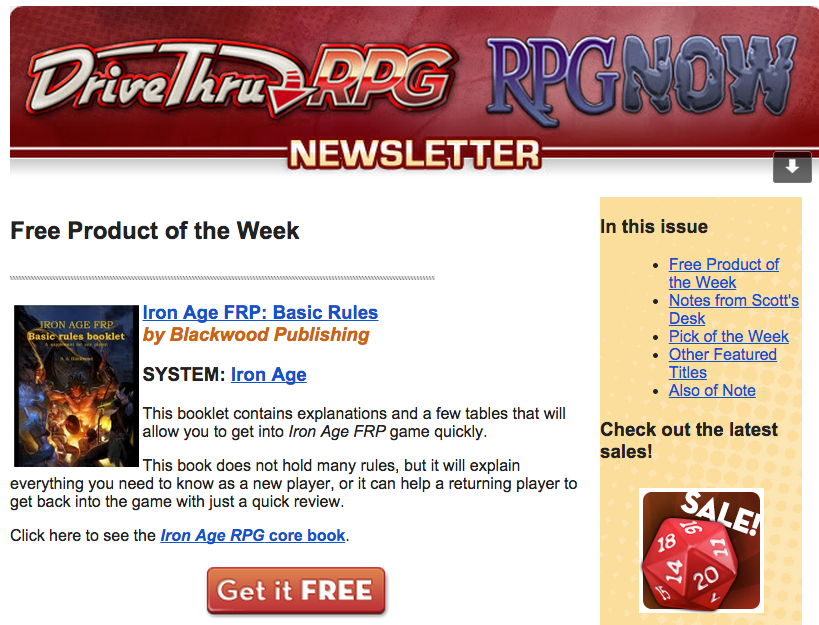