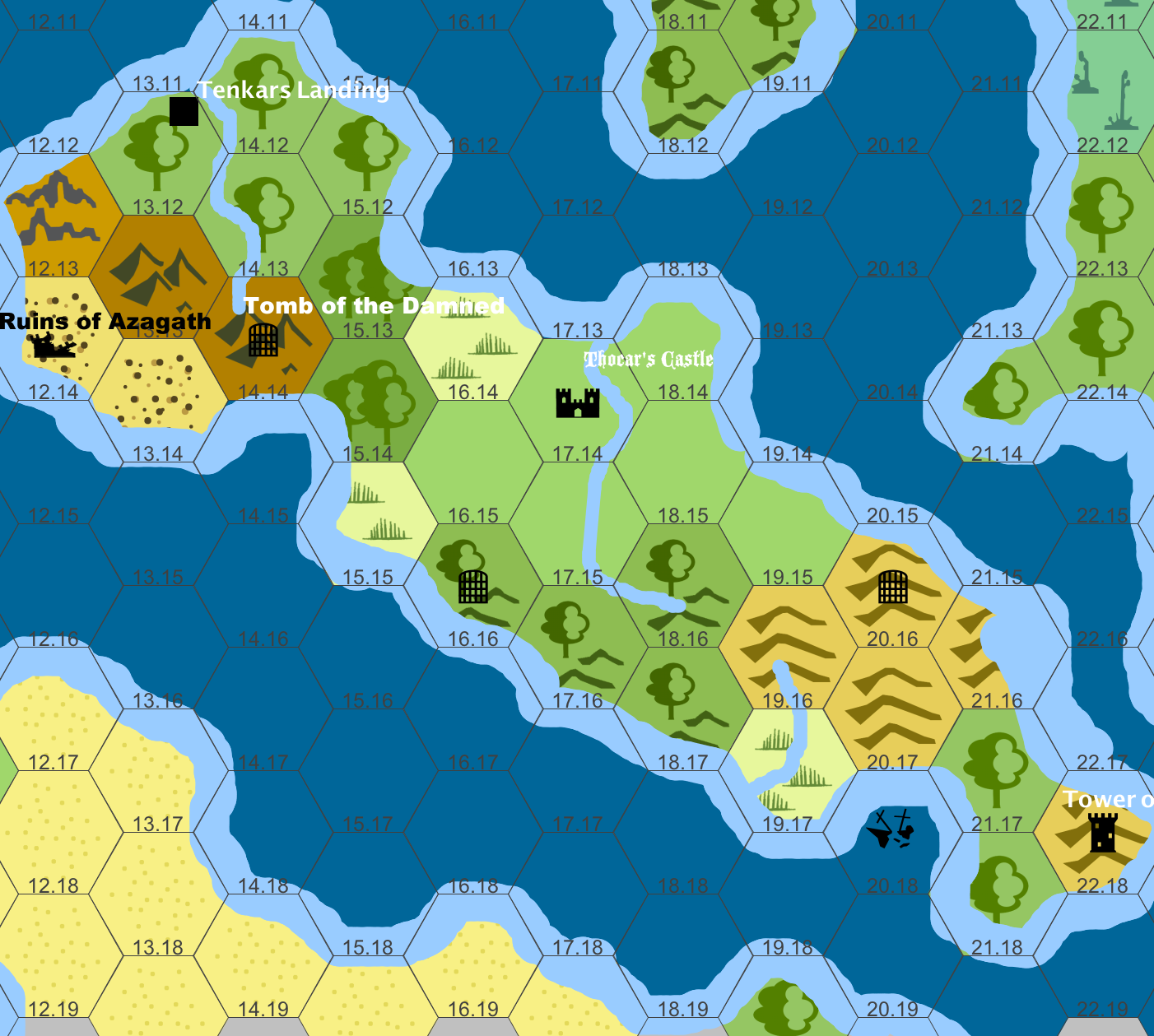 My goal is to open up the "Tenkar's Landing" Crowdsourced Sandbox Project next weekend to those that wish to participate. I know some folks have already stated an interest in certain hexes, and my plan is to grant the wishes of those that have shown such an interest in advance.

The idea is that the island that the project takes place on can be dropped into most campaign settings with little issues, so I'm avoiding things like pantheons and I am describing the off map areas as declining empires / smaller kingdoms to explain why the island is "mostly" left along by outside political forces.

No, I haven't named the island, but that's okay, as I suspect it will be known under a few names in any case.

At this point I'm trying to decide if we should go systemless or use one of the OSR Rulesets as a base. Heh, maybe that should be a discussion for the G+ Community when it goes live ;)