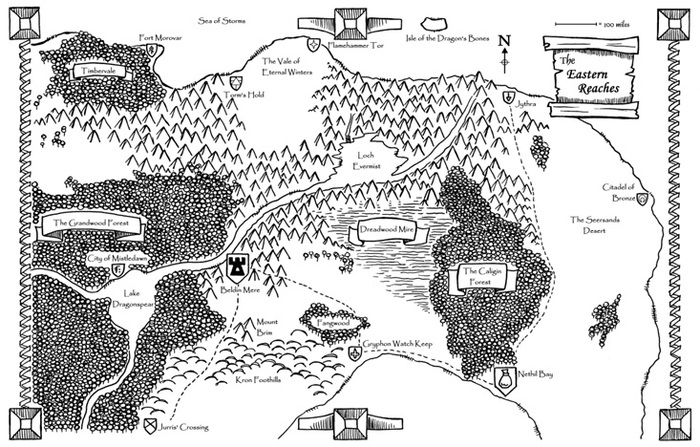 If you follow this blog, you know the relationship I have with Kickstarters - it's a real love / hate type of relationship. So, for me to actually allow myself to get involved with one (Saga of the Splintered Realms) on the creative side, you know I've either just gone crazy or truly believe in the creator.

Shit, it's probably a lot of both.

Seriously, for me to associate my name with a Kickstarter of any type has only potential downside for me. If it winds up being awesome and on time (as I expect it will) no one is going to be saying "Erik Tenkar did some amazing work!". If it goes to shit, I'm sure all folks will remember is "isn't that the Kickstarter Erik Tenkar worked on?"

That all being said, I believe in +Michael Desing . Enough to add my name to the project and carve out a small piece for myself. There are a handful of folks in our community that I would gladly help under similar circumstances. They probably know who they are, or should ;)

In any case, my piece of the puzzle is a small level of the megadungeon part of this project. If I fuck that up, it's mine and mine alone. If it comes out great, I'll owe it to +Michael Desing ;)

In any case, this isn't about me. It's about The Saga of the Splintered Realms:


It started with a simple enough proposition. Imagine for a moment that you were tasked with acting as lead designer for the NEXT edition of the world’s greatest RPG system. What would you do? Where would you start?

For me ( +Michael Desing ) it’s the 1981 BX rules. For me, it’s by beginning with what the game’s grandfathers started with – a simple set of rules, a world to explore, and a mighty dungeon to delve. The game grew out of those three things, and if I was to develop the next edition, that’s where we’d have to go back to.

The result of that is the project I present to you: Saga of the Splintered Realm. This funded project would create three books:

Book 1: Core Rules. All of the fundamental rules needed to play the game. This is not a retro-clone. It is a modern re-imagining of classic rules. The goal is to retain the spirit of the original rules and key ‘classic’ game concepts, simplifying and re-organizing these for quicker play and unified mechanics.

Book 2: Campaign Setting. An overview of the Splintered Realm, the default game setting. This includes the campaign world, its major locales, unique creatures and spells, and unique game rules, including a fate game mechanic, and subclass options for each class.

Book 3: Vault of the Goblin. The megadungeon that acts as the hub of much activity in the Splintered Realm. This is composed of three primary levels with dozens of sub-levels that interconnect. This book would also include an overview of the keep and surrounding countryside near the Vault.