Breachworld (most certainly NOT a Rifts Clone) Kickstarter Preview (Free) 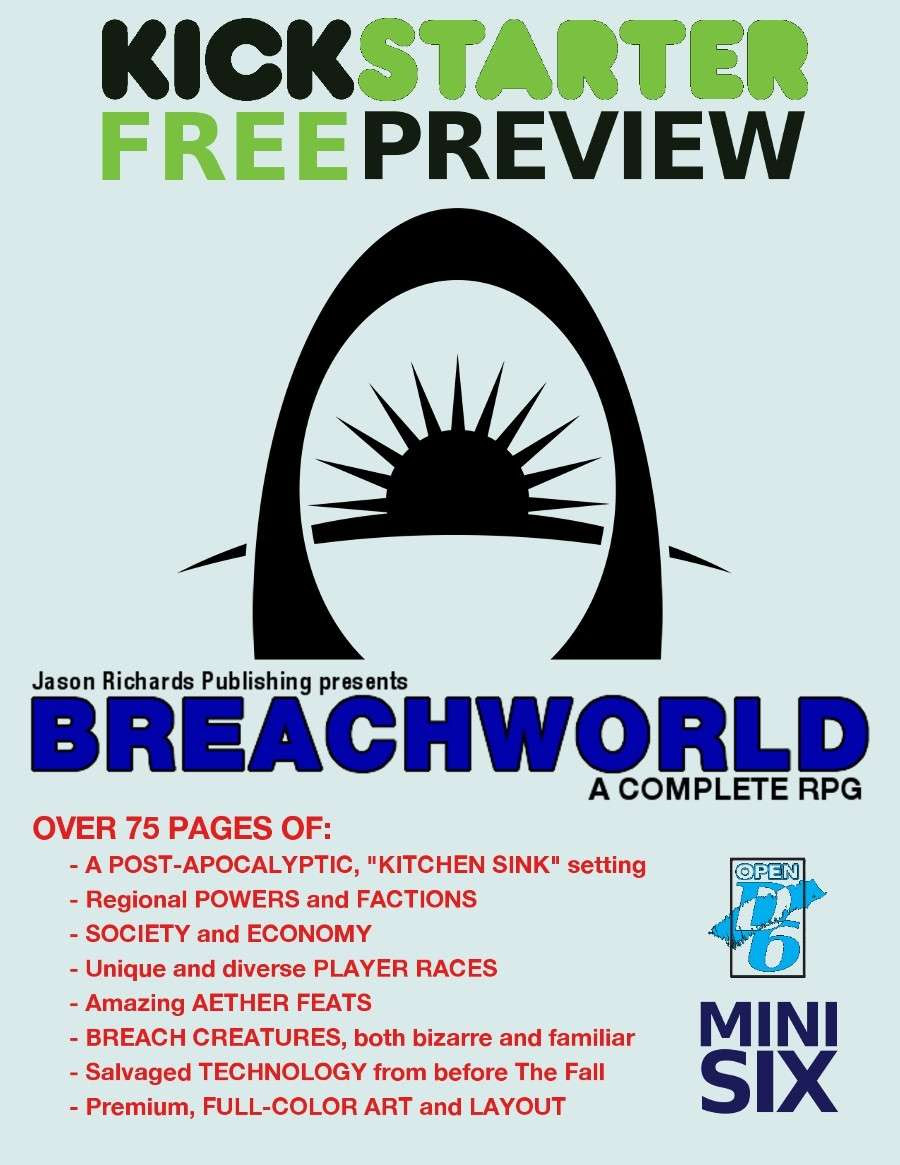 I've talked about Breachworld previously. It's based off of MiniSix, which in and of itself is based on OpenD6 which is an open version of the core system behind old West End Games Star Wars RPG. So, in a way, it's coming full circle.

I'm really excited with the Breachworld Kickstarter, as it should be easy to import many of the trappings of Rifts into the Breachworld setting and system. That being said, Breachworld is it's own creature, and now you can peek at that yourself.

The Breachworld RPG Kickstarter Preview doesn't just show there is an actual product that has been written up for the Kickstarter, but it actually gives you enough to start playing. It includes a lot in it's 75 pages along with some decent art.

Grab the free Breachworld preview if you liked Rifts, hate Rifts, like OpenD6, are interested in a D6 powered setting - hell, grab it because it's free. The cost is nothing, and you might find enough there to decide to support the Kickstarter ;)
Posted by Tenkar at 8:29 PM