Just Ran a 5 minute long, Imprompt RPG Session with my 3 Year Old Niece - Using the Cover of "Dagger For Kids" 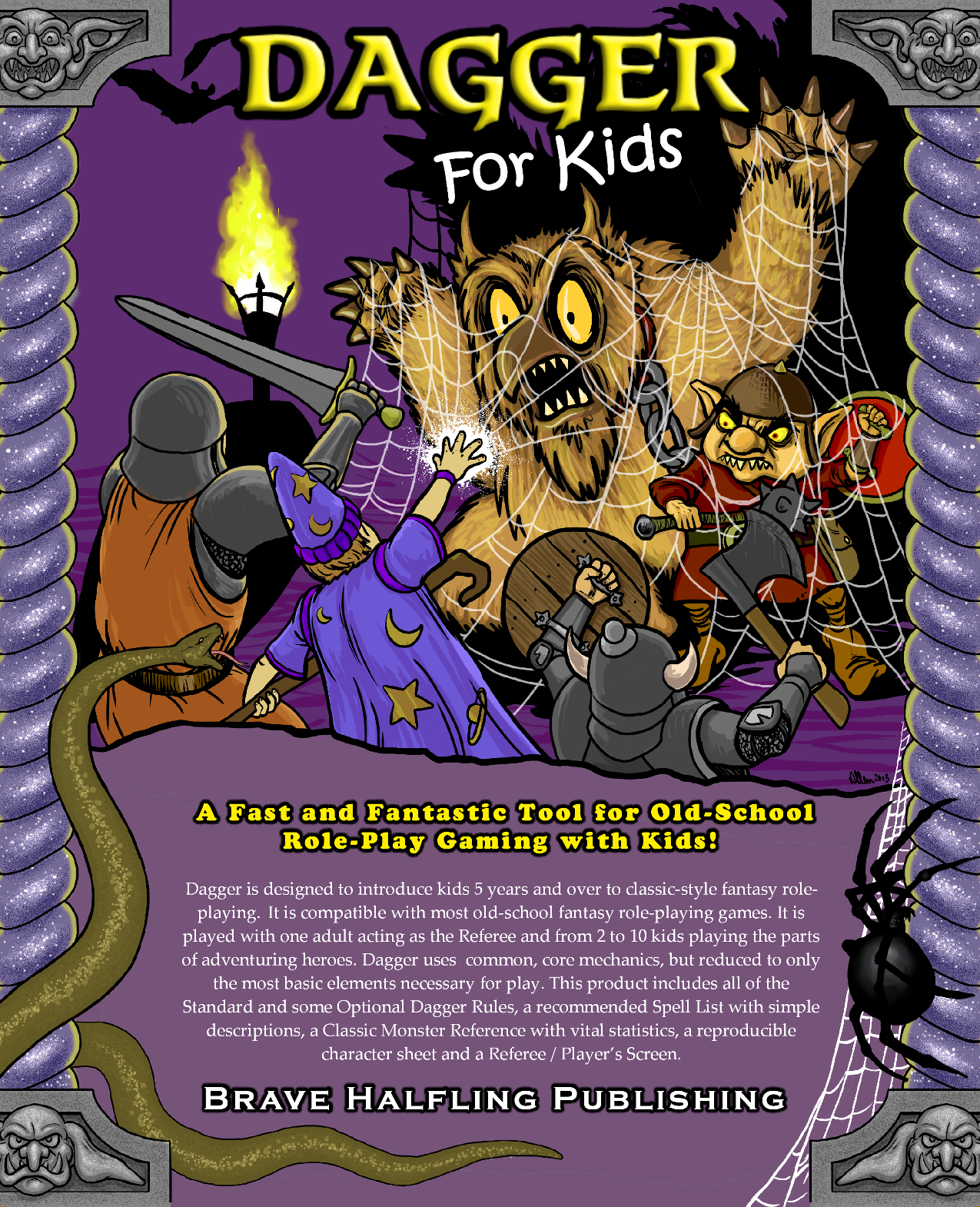 My niece is 3 years old, and loves gaming dice (I had to buy her her own set of squishy polyhedrals). She's also been on a "monster kick", where imaginary monsters scare the crap out of her.

Tonight, she wanted to see my "website". Who am I to say no. We looked at various recent posts, and when I scrolled to Dagger for Kids" she got excited. She wanted to know "what is that?" and "why is he holding a sword?" (her father is a lapsed gamer).

I told her it was three heroes, and they were beating up monsters. She wanted to know what everyone was holding - axe, shield, armor, wizard robes - she really liked the robes.

Anyhow, she asked me to tell her what was happening in the picture. I told her the "almost scary monsters" wanted to grab the heroes and asked he what the heroes were going to do.

She said "Shannon throws ropes on them!" (just like the picture, but it is probably webs ;) and Hand and Rachel were going to "crack them on their heads and tell them to GO HOME!"

All that was missing was killing things and taking their stuff.

She watches a lot of Spongebob, so maybe that's where the "crack them on their heads" line came from, but I'm damn sure I have a future gamer in the family.

My son is 20, and RPGs never hooked him, and I never tried until he was older. My niece is 3 and roleplaying seems to be in her blood ;)
Posted by Tenkar at 7:36 PM