40 Years of D&D - What Rules Did You Misinterpret? 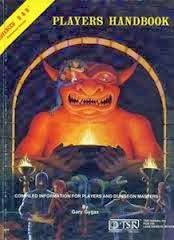 My first (A)D&D session was run by my friend Kenny. He ran my fighter through a dungeon with skeletons and other stuff (which I don't recall, but the skeletons made me think of Jason and the Argonauts famous Skeleton Fight). At the end of the session, he had to call a friend to see if I leveled. You see, Kenny only owned the DMG ;)

This was back in late 1980. That summer, I received the Player's Handbook and the Dungeon Master's Guide (as well as a nice set of dice, perhaps Koplow). I dived right into my job as a DM and declared I didn't need a Monster Manual, as all the monster stats were in the back of the DMG anyhow.

I didn't quite understand the notation of 4+1 for HPs (such as an Ogre). Why write it as 4+1 when 5 would be so much simpler. I didn't realize my mistake (Hit Dice vs Hit Points)until I found other kids that were playing AD&D. It suddenly made sense why all my dragons were pushovers. I still picked up the Fiend Folio before I had a copy of the Monster Manual.

Never really understood weapon speed in AD&D, nor did anyone in any of the groups I played in - it was one of the first rules we ignore, but there were others. Adjustments vs armor by weapon type? Too much to look up. Casting of spells and counting segments lasted maybe the better part of a year, but when the group size went from 3-4 players to 8-12, it was just one less thing to track if it was ignored.

Then came Unearthed Arcana, and I was forced to house rule on the spot when new rules conflicted with old. The good old days ;)

So, what rules (if any) did you misinterpret when you started playing D&D?