First off, huge thanks to my favorite badger +Jason Paul McCartan for bringing this back to my attention. There has been so much bullshit attached to this project, it comes close to making the Nystul Trio seem well run. Hell, at least Mike admits to being a fuckup - Tom just keeps the lies rolling - complete with pictures of boxes of the Player's Guide ready to ship.

This was Tom's last update: 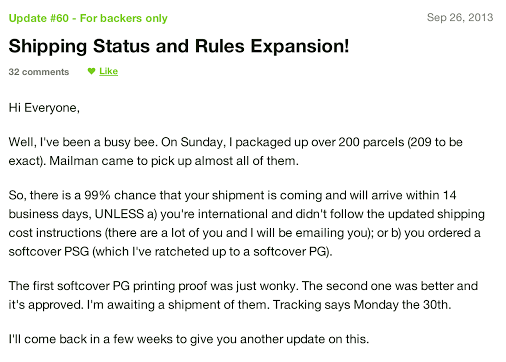 I have jack shit in the mail from Tom. From the looks of the comments on Kickstarter and on the soon to be expired company website, I'm not alone. Not one copy has shown up in the wild. Heck, one backer submitted a fraud complaint to Kickstarter earlier today on this very project.

So Tom Ryan / New Haven Games - are you prepared to take Nystul's crown from him?

Hey, Tom had a second project that is ALSO unfulfilled, the Myth & Magic GM's Guide with more pissed of supporters. Mike, you may just have to share that crown at the very least...