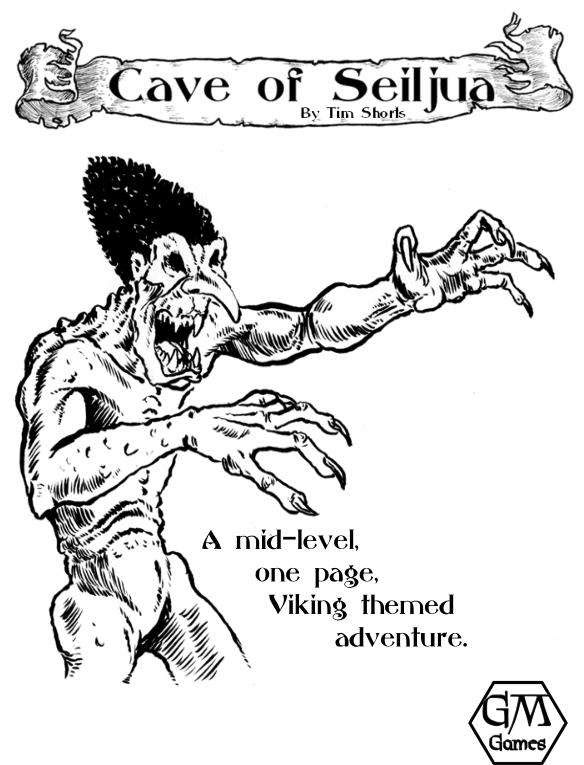 +Tim Shorts released Cave of Selijua on OBS last September and I missed it that time around. Heck, I only found it because Tim posted a link on his blog about another blogger converting it for use in Stars Without Number.

If you are like me and somehow have been deprived of this hand drawn dungeon now's you chance to grab it for free.

Ragnar has slandered a fellow clansman, but fled before he was brought before the Thing.  The jarl orders the players to return Ragnar...alive.  The jarl believes Ragnar is hiding in an old cave within the wildlands.  A place once hunted often to thin out the horrible creatures that lived there.

This is a mid-level, one page, viking themed adventure.  No stats have been included since I've used the one-page dungeon theme.  Enjoy.